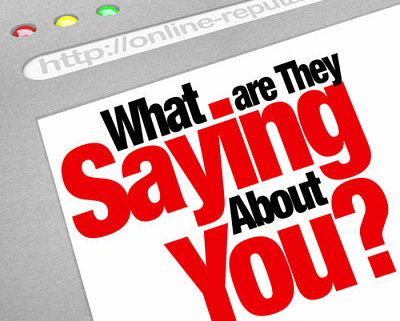 March 27, 2017 – Robert J. Tamasy    Patrick Morley, who wrote the best-selling book, The Man in the Mirror, and became a pioneer in the Christian men’s movement a few decades ago, is an astute observer of humankind. Recently he began a blog post by reflecting on “an enormously successful businessman and iconic philanthropist” in his city:

“His name was constantly in the press,” Morley wrote. “He was far more well-known than you or I will ever be, yet 10 years after the last time I heard his name, I cannot remember it. And there are many more just like him.” Then he asked his readers, “Who will remember your name 10 years after you die? What a great question by which to prioritize your life!”

Morley was right. Most of the people who make the headlines today, those whose names are heard almost daily in the business periodicals, news broadcasts, or entertainment media, will be long forgotten within a decade’s time, replaced by other more recently “famous” individuals. Think, for instance, of the “one-hit wonders” in the music industry. They recorded one or two popular songs that kept everyone humming for a while, then seemingly disappeared. Occasionally we might hear their songs again in the radio, but we are at a loss trying to remember who the recording artists were.

The same could be said about one-time “stars” in any field of endeavor, including the business and professional world. So the question is valid: Who will remember your name 10 years after you die – and if they do remember it, why?

In the Bible’s book of Proverbs, we find a number of thought-provoking references that underscore how fleeting fame can be. We also can learn how to establish a name that will be remembered – and for good reasons:

A good name is priceless. A solid reputation can be destroyed in a moment of bad judgment, but a lasting legacy fondly remembered requires an entire lifetime to establish. “A good name is more desirable than great riches; to be esteemed is better than silver or gold” (Proverbs 22:1).

Be someone people want to remember, not are eager to forget. There are good leaders and bad leaders; bad ones are not likely to be remembered for long. “The memory of the righteous will be a blessing, but the name of the wicked will rot” (Proverbs 10:7). “Do not fret because of evil men or be envious of the wicked, for the evil man has no future hope, and the lamp of the wicked will be snuffed out” (Proverbs 24:19-20).

Focus on what will last, not on things that can be lost or rapidly decay over time. Temporal things, those that cannot be kept forever or that decline in worth over time, are vain pursuits. This is why Jesus instructed His followers to focus on the eternal, rather than the temporary: Do not store up for yourselves treasures on earth, where moth and rust destroy, and where thieves break in and steal. But store up for yourselves treasures in heaven, where moth and rust do not destroy, and where thieves do not break in and steal. For where your treasure is, there your heart will be also” (Matthew 6:19-21).

© 2017. Robert J. Tamasy has written Business at Its Best: Timeless Wisdom from Proverbs for Today’s Workplace; Tufting Legacies; and coauthored with David A. Stoddard, The Heart of Mentoring, and has co-authored and edited numerous other books. His biweekly blog is: www.bobtamasy.blogspot.com.