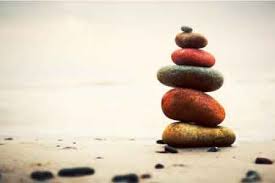 “Remember the calamity of the Great Tsunamis. Do not build any homes below this point.” Those are the words inscribed on what are appropriately called “Tsunami stones,” markers left by previous generations in Japan that warn future generations of difficult lessons learned.

After decades with no tsunamis, especially given new technologies such as better seawalls and flood-proof construction, these kinds of warnings were increasingly seen more as relics from the past than wisdom from the past. They became easier to ignore and, as a result, in 2011, many perished.

The villagers of Aneyoshi, however, heeded the instructions their forebears placed on a tsunami stone in the 1930s, and they moved their village to higher ground. They not only survived the 2011 tsunami, but the one in 1960 as well.

When I learned about these stones recently from a friend, I immediately thought of a parable by G. K. Chesterton about those committed always to reform:

In other words, we should never remove a fence until we know why it was put up in the first place.

Even in the Church today, perhaps especially in the Church, there’s a great temptation to move fences, to lower or remove moral standards in a well-intentioned, but often misguided, attempt to be “welcoming.” Almost always, these moves are made in the name of “love,” as if the key missional strategy of the Church is to remove any and all barriers to the Gospel, including any that are inherent and essential to the Gospel itself.

Often the tsunami stones of moral truth, which the Church has embraced and taught faithfully for 2,000 years, are seen as obstacles to progress. The first and greatest commandment to “love God,” at least as we’ve long understood it, seems to be in conflict with the second one of “loving neighbor.” Truth and love are increasingly seen as incompatible in the fog of secularism and moral relativism. Believing the truth about human sexuality, which went unquestioned in Christian history until yesterday, is considered unloving. Speaking that truth? Well, that’s downright cruel.

This, of course, gets it exactly backwards. What’s cruel, if moral realities do exist and if we live in a world designed and not accidental, is to remove fences and ignore stones. It’s cruel to tell someone who’s not okay that they are. It is not only possible to be loving and to tell the truth, it is in fact, impossible to be loving without the truth. Learning to hold truth and love together, especially in a culture committed to their divorce, is now a key task of the Church.

“…first, remember, remember, remember the signs. Say them to yourself when you wake in the morning and when you lie down at night, and when you wake in the middle of the night. . . And secondly, I give you a warning. Here on the mountain I have spoken to you clearly: I will not often do so down in Narnia. Here on the mountain, the air is clear and your mind is clear; as you drop down into Narnia, the air will thicken. Take great care that it does not confuse your mind… Remember the signs and believe the signs. Nothing else matters.”

If this reminds you of God’s instructions to Israel in Deuteronomy, it should. Most of the Bible is about remembering. There is no way to live out what God has taught us and called us to, no way to love God or neighbor, without remembering.