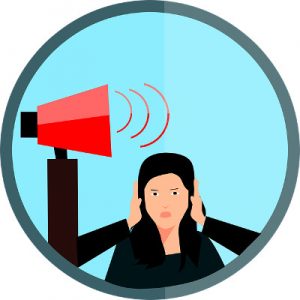 May 4, 2020 – Rick Boxx  Three guests were invited to debate an emotional topic on a talk show program. The discussion among the two guests and the host became so heated that they began shouting at each other. (I know, this has become almost standard behavior on broadcast media these days, but I wanted to point out what happened next.)

Finally, after the shouting had gone on for several minutes, the host stopped the bickering by asking the third guest, who had been silent, for her opinion. Her quiet and thoughtful words suddenly brought order to the chaos. Not only that, but her demeanor also made her seem more credible than the others with their shrill shouting.

In our world today, with noise coming at us from all directions, some have decided that the one who shouts the loudest wins. It is another take on the adage, “the squeaky wheel gets the grease.” But in reality, a calm and collected approach to communicating is still the most effective and most of the time, carries the most impact.

This is hardly a new revelation. The Bible, which some have considered as the greatest book on business and professional practices, has much to say about the strengths, weaknesses and pitfalls of the spoken word. For instance, Proverbs 15:1 states, “A gentle answer turns away wrath, but a harsh word stirs up anger.” Another passage says, “A wise man’s heart guides his mouth, and his lips promote instruction” (Proverbs 16:23).

Such admonitions are not limited to TV and radio talk show programs. Years ago, civic leaders gathered in a major city to discuss the possibility of making a proposal to host the Summer Olympics. Discussion turned negative, with most participants focusing on the potential problems hosting such a massive event could cause.

After interaction had gone on for more than two hours, the meeting’s leader turned to one of the newest members of the group. This individual had yet to offer any comments, so the moderator pointed asked, “Ted, you have not said anything. What do you think?” With everyone else in the room sitting quietly and expectantly, he calmly and quietly responded, “Where there are no oxen, the manger is clean.”

Only two or three minutes passed, but it seemed like hours as everyone else in the room pondered what Ted had just said. Suddenly, someone excited said, “You know, he’s right!” And from that point, the whole course of the meeting changed. Ted did not tell them his reply was a direct quote from the Bible, Proverbs 14:4, but his meaning was clear: No manure, no milk. Or to put it into better workplace terms, to accomplish anything of importance, you have to be willing to confront inevitable challenges.

The Scriptures tell us God’s preferred way of communicating with His people is to do so softly, not by shouting or giving dramatic messages. In 1 Kings 19, we read about Elijah, who had been used by God in a series of miracles. Afterward, physically and emotionally depleted, the prophet had fled upon learning the vicious queen Jezebel sought to kill him. After resting and being refreshed, Elijah had waited for God’s next instructions. There came a powerful wind, then an earthquake. Verse 12 tells us, “After the earthquake came a fire, but the Lord was not in the fire. And after the fire came a gentle whisper.”

God had chosen to communicate with Elijah through quiet words only the attentive prophet could hear. For all of us in the marketplace, the application is simple: To sell our product or idea, sometimes a gentle whisper is better than a shout. And if you pray about a major decision, maybe God wants to wait for His whisper.