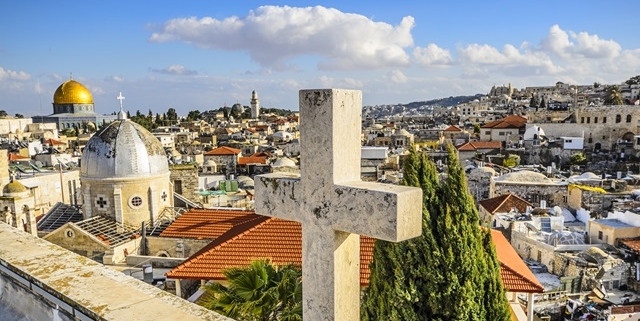 August 2016 – Duane Litfin    Last winter, the Internet was abuzz over the question “Do Muslims and Christians worship the same God?” A cacophony of largely Christian voices exhausted themselves arguing these complex issues. This isn’t the first time people have debated this question, and unfortunately, it may not be the last.

One reason opinions flew in every direction is this: That question is not only unhelpful but perhaps worse than unhelpful. The question appears incapable of generating a satisfactory answer, and when well-intentioned people try to answer it, the typical result is turmoil and confusion.

How could it be otherwise? Any question that can only be answered with a “Maybe, maybe not—it depends on what you mean” is doomed from the outset. It is so ambiguous that every attempt to address it only raises further questions. What is the question really asking? What do we mean by “worship?” What do we mean by “the same?” How much “sameness” is required to answer yes? How much difference to answer no?

Understanding what Islam and Christianity do and do not hold in common is an important task, but asking whether Muslims and Christians worship the same God will not get us there.
The primary problem is that the dispute is focused on the wrong question.

If our goal is to compare these two religions we need to shift our focus to a much more illuminating question: How do Christianity and Islam differ? With the answer to this question in hand, ironically, we are in a better position to address the “sameness” question.

The Watershed
During the contentious debate, Trinitarianism was often offered up as the core difference between Islam and Christianity: Christianity embraces it, Islam does not. But this observation, while accurate, does not automatically locate the decisive issue. Neither the Old Testament faithful nor even the earliest Christians could have articulated orthodox Trinitarianism as we understand it.

So, what is that key difference?

The decisive issue between Islam and Christianity is, quite simply, the gospel—the Bible’s account of what God has done, is doing, and will yet do through his Son to redeem his creation. It is this “good news” story of the Creator’s eternal, Son-centered plan of redemption that reveals to us who our Creator truly is. This gospel story is the watershed issue that exposes the dramatic difference between Islam and Christianity. It is not until this difference is grasped that the question of what Christianity and Islam may or may not hold in common can even be addressed.

“The Way”
Before the term Christian was applied to those who believed Jesus was the Son of God, early believers called themselves followers of “the Way” (Acts 9:2; 16:17; 19:9, 23; 24:14). There’s a clear reason for this, Christianity is about “the Way” which the Creator—revealed now through his plan to be a loving heavenly Father—has graciously opened for his estranged, mutinous creatures to be reconciled to him.