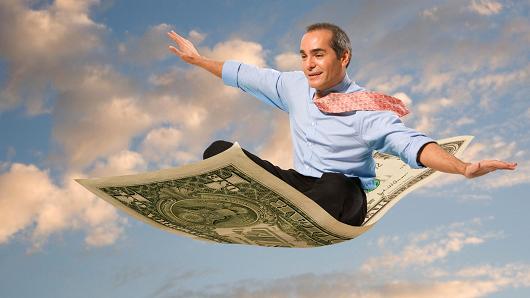 July 10, 2017 – Jim Mathis   In addition to my regular business restoring old photographs and making executive portraits, I am also a tax professional for a national tax preparation services company. I have done about 1,000 tax returns in the past several years and earned the designation “Enrolled Agent – Master Tax Advisor.”

Over time, this have given me a pretty good understanding of American’s financial situation. By talking with people and getting a view of their levels of happiness and contentment, and then looking at their finances through taxes, I have made some interesting observations.

As you might expect, there is a disconnect between income and net worth. Some people with only modest income, have accumulated a lot of wealth, and many high-income people have spent it all and then some. A colleague and I were reviewing a tax return recently when I commented that this proves, “You can’t out-earn stupid.” Foolish people almost always spend more than they earn.

Many people think if they made a little more money they would be happier. Probably not. If there is any correlation between income and happiness, it would be a bell curve, with the happiest people located in the middle. The lowest income and the highest income people, on both ends of the curve, are the least happy. In case you are wondering, surveys report that the highest percentage of people claiming happiness peaks at about $75,000 per year income. Earning more does not make people happier.

Which brings up the eternal question, “Can money buy happiness?” I believe the answer is: It could, but it seldom does, because people spend it on the wrong things. A new car won’t bring happiness, but a road trip with good friends just might result in a lot of happiness – and fond memories that last a long time.

If it is true that money in itself cannot buy happiness, could we use it in ways that can bring us at least some degree of satisfaction, fulfillment and joy? Yes – especially if we follow principles found in the Bible:

Avoid extremes. As I mentioned, by far the happiest people seem to be those who would be categorized as neither poor nor rich, but somewhere in the middle. The challenge is to recognize what where the “middle” is. “Keep falsehood and lies far from me; give me neither poverty nor riches, but give me only my daily bread. Otherwise, I may have too much and disown you and say, ’Who is the Lord?’ Or I may become poor and steal, and so dishonor the name of my God” (Proverbs 30:8-9).

Indebtedness can put people in physical and emotional bondage. Many times, “buying” things with credit can satisfy immediate desires, but the long-term cost can be devastating – and restricts financial flexibility in the future. “The rich rule over the poor, and the borrower is servant to the lender” (Proverbs 22:7).

Sharing with others can bring great joy. Too often people take a dim view of giving, whether to help individuals or support charitable causes. However, knowing we can use some of our resources to lighten the financial burdens of others can be very rewarding. “Each of you should give what you have decided in your heart to give, not reluctantly or under compulsion, for God loves a cheerful giver” (2 Corinthians 9:7).