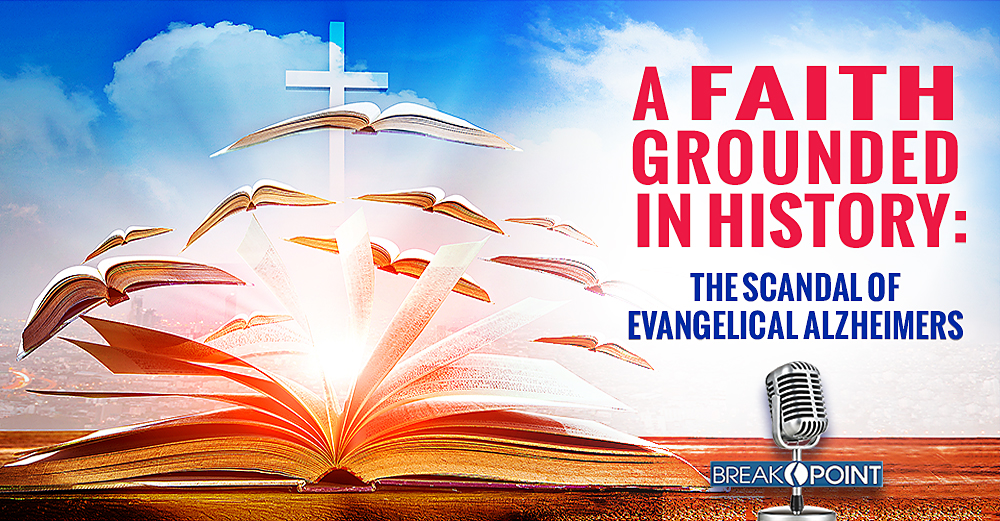 July 8, 2017 – John Stonestreet   In his new book, “The American Spirit,” David McCullough observes, “We are raising a generation of young Americans who are by and large historically illiterate.”  And in her Wall Street Journal review of the book, Peggy Noonan recounts McCullough’s description of “a bright Missouri college student who thanked him for coming to the campus, because, she said, ‘until now I never understood that the original 13 colonies were all on the East Coast.’”

While it’s tempting to laugh at the state of history education, and it is really abysmal among most Americans, we should first look in the mirror. And by we, I mean Christians, those of us who follow a historical figure, who actually lived in history, who was born as part of the story of a nation that played a central role in human history, and who lived and died and rose again, in obedience to God the Father who, from all indications in Scripture, is a God concerned with time and place.

In particular, we evangelicals need to take history more seriously. As Mark Noll wrote in his book, “The Scandal of the Evangelical Mind,” “American evangelicals display many virtues and do many things well,” he writes, “but built-in barriers to careful and constructive thinking remain substantial.”

Now what barriers is he talking about? Some are obvious when we look carefully at our own history. As many, including Noll, have described, evangelicalism began as a tiny reform movement away from larger institutions such as the state-supported Catholic and Anglican churches. Early evangelical leaders stressed things like individual conversion, small groups, and the evangelizing of young people. And Evangelicalism innovated means to grow in faith that were outside of established, traditional channels.

“In general throughout the 18th and on to the 19th century,” Noll explained in an interview with Christian History, “the whole of the English-speaking world [was] moving away from traditional religion defined by respect for authority, respect for the past, respect for the tradition, and moving toward a more individualistic, pragmatic, and practical practice of Christianity.”

What all this means is that the greatest strength of evangelicalism—the emphasis on the personal aspect of faith—may also have become a weakness. In our personal zeal for Jesus, Noll suggests that we’ve neglected deeper, more historically rooted education in the Christian faith and the development of a public theology that can speak broadly to the culture. Or as one of my history teaching friends often likes to say, some of us suffer from evangelical Alzheimer’s.

All of this suggests that we do, in fact, have much to learn from our Christian forebears. A robust study of church history will not only ground us in the rich story of our faith, it will allow us to learn from those who have gone before. After all, we didn’t invent the gospel or the church. And the Bible is not a collection of moral maxims or principles isolated from history. No, it contains the overarching story of God’s interaction with humanity. And God’s concern with time and place means He has historically situated His people, while breaking into history in such a way as to bring about its conclusion and consummation.

And though we find in Scripture saints and heroes, we shouldn’t stop at the end of the New Testament. Two-thousand years of church history has given us believers like Polycarp, Augustine, Francis, Teresa, Carey, Wilberforce, Chesterton, Lewis, Bonhoeffer, Ten Boom, and my friend and hero, Chuck Colson, all of whom modeled the Christian life and left records of their journey.