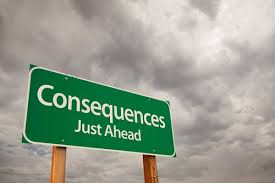 June 12, 2017 – Luis Cervino   The recent theatrical film, “Sully,” recreates events surrounding U. S. Airways flight 1549, which he was forced to crash-land in New York City’s Hudson River after the jet crossed paths with a flock of birds, shutting down its engines. This film depicts the subsequent investigation that in many ways was not complimentary of the courageous airline pilot, Chesley “Sully” Sullenberger, as National Transportation and Safety Board officials engaged him in intense questioning to determine the causes of the incident.

Sullenberger, who was eventually cleared of any blame, through his responses to questions made it clear that sometimes to achieve success, it is impossible to follow steps as prescribed in the manual. He attributed being able to successfully execute a water landing with no casualties on lessons he had learned through many years of experience, including steps that were not standard procedure.

Most of us will never confront the challenges of piloting a commercial jet. However, sooner or later, we each are faced with a “first time” – circumstances no one has never encountered in similar situations. To properly handle such situations, we must remain calm so we can quickly analyze the situation, existing probabilities and chances for success. In my profession, many times a surgeon must make decisions with a patient’s life at stake.

The key is understanding how to make crucial decisions both effectively and quickly. This principle holds true for our lives as well; consequences of our choices will follow the lives of everyone involved, physically and spiritually. We must remember everyday life often gives us many options, but in terms of eternity, we have only two.

Being business and professional people, we serve as ambassadors for Jesus Christ in the marketplace. In this role, we must be willing to defend our faith to people who do not know Him, and be ready to fulfill Jesus’ Great Commission, presented in Matthew 28:19, by making disciples, helping others to grow in their faith and mature as His followers. He stated, “Go therefore and make disciples of all nations…teaching them to obey all that I have commanded you. And I assure you that I will be with you always, to the end of the world.”

Sometimes people who do not profess to know Christ will challenge our beliefs. About this the apostle Peter wrote, “But in your hearts set apart Christ as Lord. Always be prepared to give an answer to everyone who asks you to give the reason for the hope that you have. But do this with gentleness and respect” (1 Peter 3:15).

At times, decisions we must make will not always following a prescribed protocol. We may need to omit established steps, as the film showed for the safe landing of a crippled jet airplane. It is always good to have a plan in mind, with reasonable alternatives. But sometimes all we can do is rely on the leading of God’s Spirit – our response is to always be alert and obedient to His direction.

Here are helpful steps for responding to emergencies and unforeseen events spiritually:
A. Knowledge: This give us the basis for being able to act correctly, “Jesus replied, ‘Are you not in error because you do not know the Scriptures or the power of God?’” (Mark 12:24).
B. Trust in God: The Lord guides us in the best way as we trust in Him: “Trust in the Lord with all your heart and do not lean on your own understanding” (Proverbs 3:5.)
C. Decision: Be prepared to act at the right moment, knowing we are well-grounded by the first two concepts: “Have I not already commanded you?: Be strong and courageous. Do not be terrified; do not be discouraged, for the Lord your God will be with you wherever you go” (Joshua 1:9).

Luis Cervino is a maxillofacial surgeon in Torreon, Coahuila, Mexico, where he resides with his wife, Rocio, and their two sons. He has been a CBMC member in Mexico since 1997, and has been translating Monday Manna from English into Spanish since 1999. His translations reach readers in Mexico and many other parts of the world.