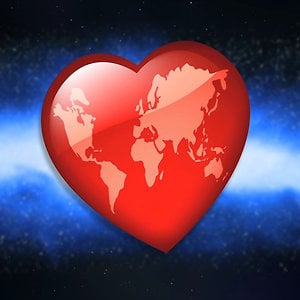 August 17, 2017 – Joseph D’Souza has emerged as one of the leading Christian voices in India. As moderator bishop and the primate of the Good Shepherd Church of India as well as founding president of the ecumenical All India Christian Council, one of the largest interdenominational coalitions of Christians in India, he is primarily known for his work on religious freedom.

This year he spoke at New Wine, a major evangelical festival in Somerset, primarily about his work with Dalits, a poor and marginalised group of people in India.

Speaking of the rise of modernity and rationalism and the decline in church attendance across Europe, he continues: ‘I believe Western Christianity is reaping the fruits of individualism. ‘They do not understand the place of the word of God in historical Christianity for over 2,000 years.’

On the 500th anniversary of the Protestant Reformation, D’Souza says the job is only half complete. ‘I believe the full reformation of the Church is going on now with the insights the global south is bringing. The global south is much more in tune with how we believe God has made us to be.’

As a traditionalist, the debate around sexuality is critical for D’Souza and this is where he really sees, from his perspective, the global south holding firm. ‘It understands the critical nature of the family unit,’ he says. ‘They are actually more modern and radical in that the south is saying, “Who are you to redefine marriage?”

‘We believe this issue is an immensely pastoral issue even as we hold to the Church’s historic definitions of the family as male and female. I have friends who are gay and I love them and accept them and believe they are no greater sinners who need the grace of God than me.’

But it is not just the battleground of sexuality where D’Souza is unafraid to poke the Church in the West. ‘Christians have been nervous about entering the justice area,’ he said. ‘That has been a mistake of the Western Church.

‘If the church had grasped that justice and righteousness was at the heart of who God is, it would have taken a different stand in the apartheid area and in the whole issue of the civil rights in the US.’

Christian persecution is rapidly on the rise with Open Doors documenting a threefold increase in attacks. It is now estimated to be the 15th worst country in the world to be a Christian – worse than Egypt, Myanmar and Turkey.