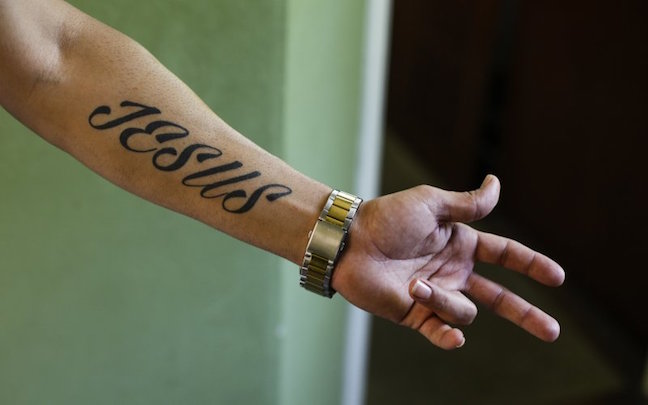 Leave a comment May 26, 2016 • Featured Blog
Why Are So Many Muslim Refugees in Europe Suddenly Finding Jesus?

Whether out of conviction or convenience, thousands of migrants in Europe are converting to Christianity.

Hundreds of Pakistanis and Afghans have been lining up at a local swimming pool in Hamburg, Germany, to be baptized as Christians. In the Netherlands and Denmark, as well, many are converting from Islam to Christianity, and the trend appears to be growing. Indeed, converts are filling up some European churches largely forsaken by their old Christian flocks.

More than a little suspicion surrounds some of the current conversions, seen by some to be cynical bids to improve the chance of getting asylum. And, looking forward, it’s potentially quite dangerous for those who embrace the Gospel to return to homelands where abandoning Islam for another faith can be treated as a capital crime.

Still, many preachers are pleased. The German pastor of the Evangelical-Lutheran church in Berlin calls the conversion phenomenon “a gift from God.” In his modest community a staggering 1,200 Muslims, mainly Afghans and Iranians, converted in just three years. In Hamburg, where German ARD TV showed the Pakistanis and Afghans lining up to be baptized by the pastor of the Persian Church community, more than 600 people reportedly were received into the congregation.

There is no reliable overall figure for converts in northern Europe, but judging by reports from different media outlets, it is safe to assume the number runs into the thousands, maybe even tens of thousands who say they want the Gospel, “the good news,” offered by Jesus Christ.
One young Iranian woman convert told the German news magazine Stern, “I’ve been looking all my life for peace and happiness, but in Islam, I have not found them,” Another convert told Stern he had found in Christianity an element—love—that was missing from the faith he was brought up in. “In Islam, we always lived in fear,” he said. “Fear God, fear of sin, fear of punishment. But Christ is a God of love.”

Many evangelical communities today take a pro-active posture. They approach their work with missionary zeal and, implicitly if not explicitly, may link aid to conversion. In the Netherlands and other Northern European countries, such churches are very active giving refugee assistance. They encourage refugees to accept Jesus in their lives and embrace the Gospel of Love. At the same time, they offer free Dutch lessons and may invite refugees for a temporary stay in Dutch Christian homes. In many cases this is the first and the only glimpse refugees get into Dutch society outside the boundaries of a camp.

The Dutch New Life Evangelical community in Alphen aan den Rijn reportedly saw 50 new converts added to its ranks in one year. “They were touched by God’s word during the prayer sessions,” Pastor Ab Meerbeek told the national newspaper Trouw. Most are from Iran and Afghanistan. They listen to the sermons translated in Farsi on headphones.

There are many cases in which personal safety already is compromised before refugees arrive in Europe, says Geesje Werkman of Church in Action. “If an Afghan woman comes to you saying she wants to convert because she was raped and because of that she would be stoned, she can be deeply touched and wanting to convert because of a passage in the Bible that says, ‘He who is without sin cast the first stone,’” says Werkman.

“There is not just one story, there are a multitude of different stories. It really doesn’t help if the press writes that the conversions are unreliable, when there are so many different situations, it cannot be reduced to one storyline.”