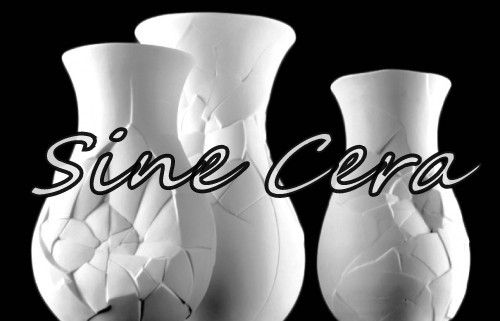 October 16, 2017 – Robert J. Tamasy   Since Monday Manna is received by countless thousands of people around the world speaking many different languages and living in a variety of cultures, there is a danger in introducing a topic based on a single English word. However, I hope this will translate well for all who read it.

A word that intrigues me is “sincere.” In fact, a popular song from years ago was called, “Are You Sincere?” One of those who recorded it was the legendary Elvis Presley. The real question is, what does it mean to be sincere?

This word comes from the Latin “sincerus,” meaning “clean, pure.” One dictionary defines it as “being without hypocrisy or pretense.” Recently I heard an explanation I like even better: Some claim in the days of antiquity, sincere literally meant “without wax,” from the Latin “sine” (without) and “cera” (wax).

In those days, when pieces of pottery or statues were broken or damaged, they often were patched with wax. Because the wax was transparent, it cleverly concealed any flaws. At least until it was heated and the wax melted. Then it let loose broken pieces it was holding together, or the pottery fell apart entirely. So, when people went to buy fine pottery, or statuary, they insisted it be “sincere” – without wax.

There are many qualities people look for in a business, whether it is where they work, or a company from which they buy products or services. Knowing that the people there are “sincere” would rank high among the traits. In doing business with others, we all probably would like it to be done “without wax.”

Unfortunately, too often we find sincerity absent from the equation. Whether through unsatisfactory employment practices, failure to keep commitments to customers, or delivering less than was promised, many enterprises repeatedly demonstrate lack of sincerity.

Most people do not expect perfect, flawless businesses. Because they are all comprised of imperfect, flawed individuals. However, when we purchase something – whether it be a computer, food products, an automobile, or anything else – we expect promises and assurances to be fulfilled. If someone is hired with the justifiable anticipation of having opportunities to advance within the organization, they should rightfully expect those in authority to be “sincere” in following through if the employee’s performance is satisfactory.

Here are some principles to consider when striving to build an organization or be people “without wax”:

Always striving to be others-oriented . Putting the needs of others ahead of our own is one way to ensure sincerity. “Love must be sincere…. Be devoted to one another in brotherly love. Honor one another above yourselves” (Romans 12:9-10).

Conducting all business above board. All agreements and transactions should be open, without deception. “A wicked man accepts a bribe in secret to pervert the course of justice” (Proverbs 17:23).

Remaining faithful even in difficult times. Adversity can be revealing, putting sincere relationships to the test. “A friend loves at all times, and a brother is born for adversity” (Proverbs 17:17).

© 2017. Robert J. Tamasy has written Business at Its Best: Timeless Wisdom from Proverbs for Today’s Workplace; Tufting Legacies; coauthored with David A. Stoddard, The Heart of Mentoring, and edited numerous other books, including Advancing Through Adversity by Mike Landry. Bob’s website is www.bobtamasy-readywriterink.com, and his biweekly blog is: www.bobtamasy.blogspot.com.