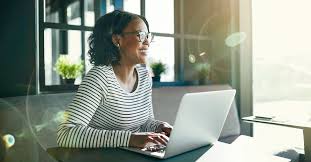 January 6, 2020 – Rick Boxx  Early in my practice as a business consultant, I submitted a bid on a consulting project for a mortgage lender named Tom. During a follow-up interview, I explained to him about my biblical approach to consulting, Tom’s gaze suddenly went cold. Our discussion and the meeting came to an abrupt end. Tom clearly did not appreciate the perspective I would be using; needless to say, I did not get the project.

Since I was still fairly new as a consultant, I chalked it up to failure on my part. I wondered how I might have handled the meeting differently but did not regret telling him about my beliefs and the way they influenced how I would approach issues in his business. As the apostle Paul wrote, “For I am not ashamed of the gospel, for it is the power of God for salvation for everyone who believes…” (Romans 1:16).

I also knew that if we did not share the same value system and motivations, trying to work together would have failed anyway. One of the Bible’s most practical warnings that relate to the marketplace is found in 2 Corinthians 6:14, which admonishes, “Do not be bound together with unbelievers, for what partnership have righteousness and lawlessness, or what fellowship has light with darkness?” This did not mean I was to pass judgment on Tom and his own values, but it reminded me that we would be unable to strive for the same goals.

What I had perceived as failure, however, proved to be anything but that. About two years later, Tom’s brother informed me that when he chose not to utilize my consulting services, Tom instead hired another individual who proceeded to steal $40,000 from his company. Obviously, the other person did not share my biblical perspective on how to operate a business!

That experience launched Tom on a spiritual journey, one that ultimately resulted in his life becoming totally transformed by a relationship with Jesus Christ. What I had perceived as failure became God’s success.

Stories like this are not unusual. We see them frequently in the Bible. For instance, after Moses initially asked Pharaoh to release the Israelites from slavery, Moses felt like a failure when Pharaoh refused. However, in Exodus 11:9 we discover the Lord had told Moses in advance, “Pharaoh will refuse to listen to you – so that my wonders may be multiplied in Egypt.” God often uses times of apparent failure as opportunities for Him to display His power and carry out His will.

What is most important is not whether we experience the results we had hoped for, but rather that we remain obedient to the Lord – even if it means failing to achieve our own goals and objectives. Obedience to God is success even if it is first viewed as failure, and He delights in demonstrating how He can turn apparent failure into success beyond our greatest hopes.

The book of Proverbs has much to say about this. For instance, Proverbs 16:3 offers this encouragement: “Commit to the Lord whatever you do, and your plans will succeed.” This does not necessarily mean things will work out as we expect them to, but in the end, God will grant us success – sometimes beyond our hopes.

We are also advised not to be surprised when the Lord modifies our plans: “In his heart a man plans his course, but the Lord determines his steps” (Proverbs 16:9). Another verse says, “A man’s steps are directed by the Lord. How then can anyone understand his own way?” (Proverbs 20:24). We can trust that our Father knows best.