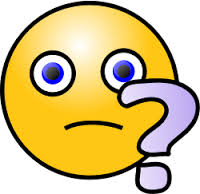 Gunter was reeling. The unexpected turn of events had caught him totally off-guard. After all, the board of Mastech had brought him in as CEO to move the company forward. He knew he had been selected not only because of his proven business skills, but also his genuine care for people. In fact, Gunter had always regarded his commitment to his employees as one of his greatest strengths as a leader.

Now the board of directors was adamant: “You are just being soft, Gunter. You care about people so much that you are not making the tough decisions. You will never improve the bottom line of this company unless you start swinging the axe – making personnel cuts to reduce costs. Get to it, or…um…the axe may be falling on you!”

This directive hit Gunter right in the gut. It went directly against his instincts, as well as the strategy he had been employing to strengthen the company over the long term.

For a year he had been striving to build a winning, productive team. Now this was his mandate from his board: Do whatever it takes to boost profits! If Gunter did not cut the workforce, his days with Mastech were certainly numbered. But could he continue to build morale among his staff, while slashing personnel at the same time?

© 2016. John D. Beckett is chairman of R. W. Beckett Corporation in Elyria, Ohio, U.S.A., one of the world’s leading manufacturers of residential and commercial heating systems.

One of the common hallmarks of great leaders is that they build productive, results-oriented teams. For them, financial performance helps define reality, helping to shape decisions and direction. It serves as a friend, enabling leaders to optimize team performance.

But they never use the bottom line – pure profits and losses – as a blunt instrument, ignoring the value of people. If financial results make staff reductions necessary and unavoidable, good leaders act creatively, always demonstrating a compassionate approach in dealing with those who would be most affected.

Need For An Enduring, Unchanging Worldview
How Do You Approach the Start of a New Day?
If I Could 'Do It Over Again'
'I Cannot Wait Until I Retire'
Effective Leaders Impart A Bigger Vision
When Finish Well Means…Not Finishing
Do You Ever Wish You Could Stop Thinking?
What Are You Running From – and Toward?
0 replies