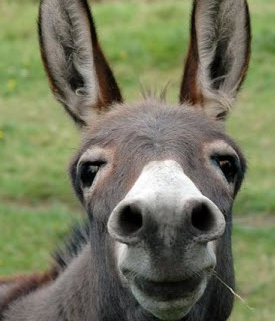 December 17, 2018 – Jim Mathis  I was having breakfast with some friends when one of them mentioned a co-worker who was always having bad things happen. He had been suspended from work because he was late too many times. He was late because he ran out of gas. He ran out of gas because his fuel gauge didn’t work.

Presumably, he could not afford to get the fuel gauge repaired because he was suspended from his job.

Apparently he failed to realize that he could just keep track of how far he had driven and fill up every few hundred miles, even though the trip odometer makes a good substitute for a fuel gauge. His story of woe became even longer with additional problems arising due to not taking control of common situations.

Our breakfast conversation then turned to choices. Important choices start at least as far back as high school; some can date back to our pre-school days. Every choice we make has an effect on our life. Sometimes even small choices have a huge impact for the future.

This reminded me of the fable about the donkey that fell into a well, and nobody could figure out how to get it out. Eventually the townspeople decided to be merciful on the donkey by burying it alive in the well. They began to shovel in dirt, but with each shovelful, the donkey shook off the dirt and stepped up onto the growing pile of dirt. As dirt filled the well, the donkey continued stepping up. Eventually the mound of dirt inside the well had piled so high, the donkey was able to step out of the well onto level ground and safety.

This story’s moral is a simple one: The donkey could have decided he was doomed and accepted his fate. He could have given up at any time and become buried under the dirt. Instead, he kept shaking it off and rising up under the challenge until he had overcome his dilemma and stepped out into freedom.

Like the donkey, in the business and professional world we often find ourselves deep in a “well” of difficulties, with people shoveling dirt on us, trying to cover us up. This leaves us with a choice: We can either become buried by the adverse circumstances, or keep stepping up to confront the new challenge.

In the Bible, we can find many examples of individuals and groups that determined not to succumb to their problems. They would pray for wisdom, sometimes for outright deliverance, then devise strategies to address their challenges. This is why passages like Romans 5:3-5 tell us to “rejoice in our sufferings, because we know that suffering produces perseverance; perseverance, character; and character, hope. And hope does not disappoint us, because God has poured out his love into our hearts by the Holy Spirit, who he has given us.”

This means rather than bowing down to the pressures of adversity, we can rely on God’s strength to endure our hardships, grow through these experiences, strengthen our resolve, and overcome our challenges so we can excel and thrive, both personally and professionally. James 1:3-5 offers similar sentiments: “Consider it pure joy, my brothers, whenever you face trials of many kinds, because you know the testing of your faith develops perseverance. Perseverance must finish its work so that you may be mature and complete, not lacking anything.”

One could say that we are never completely out of the “well” as long as we are still walking around on Planet Earth. There are constant challenges to face and dirt to be shaken off as long as we live. With God’s strength and guidance, we can overcome them. Keep stepping up!