An important but often overlooked role of a leader is managing expectations for the team. This can involve individual expectations, such as performance, productivity, and goal-setting. But it also can pertain to organizational expectations, ranging from sales and profitability to corporate mission and values. To convey expectations requires being able to communicate not only what is expected of the team, but also why those expectations have been established and how they are to be achieved.

This is often easier said than done, because it requires “buy-in” by individual team members, a mutual acceptance and commitment in striving to meet those expectations. Just because the leader thinks expectations are good and worthy of pursuing, that does not guarantee the team will agree.

Well-established expectations share several key elements. These include being clearly expressed; measurable; realistic, and within reach, yet challenging.

When I became a magazine editor for CBMC years ago, the publication was not highly regarded by the membership, its mission was unclear, and it was a true “periodical” because it was published only periodically. Once I settled into the job, I resolved to refocus the content of the magazine to make it more appealing to our members, redefine its purpose, and establish a firm schedule for producing the magazine on a consistent basis so readers would know when to expect it in the mail. Our team rallied around these expectations, we began pulling in the same direction, positive response to the magazine grew dramatically, and we were received awards from our peers for excellence.

For models on how to set expectations for a team, there is no better place to look than the Bible. The Old Testament tells about Nehemiah who, after hearing about the walls of Jerusalem being in great disrepair, surveyed the damage and then assembled a reconstruction team. From the start, his expectations were clear: “Then I said to them, ‘You see the trouble we are in. Jerusalem lies in ruins, and its gates have been burned with fire. Come, let us rebuild the wall of Jerusalem, and we will no longer be in disgrace'” (Nehemiah 2:17).

Jesus Christ, of course, proved to be the greatest team builder of all, and from the start He established clear, compelling expectations: “As Jesus walked beside the Sea of Galilee, he saw Simon and his brother Andrew casting a net into the lake, for they were fishermen. ‘Come, follow me,’ Jesus said, ‘and I will make you fishers of men.’ At once they left their nets and followed him. When he had gone a little farther, he saw James son of Zebedee and his brother John in a boat, preparing their nets. Without delay he called them, and they left their father Zebedee in the boat with the hired men and followed him” (Mark 1:16-20).

Such a response, given the strong family and vocational ties these men had, indicates they all sensed a cause they wanted to join. At the same time, Jesus did not sugarcoat the expectations or make them unrealistic. He was straightforward when he told them, “I have told you these things, so that in me you may have peace. In this world you will have trouble. But take heart! I have overcome the world” (John 16:33).

Even Jesus’ parting words were filled with expectations to inspire His followers: “Go therefore and make disciples of all the nations, baptizing them in the name of the Father and the Son and the Holy Spirit, teaching them to observe all that I commanded you; and lo, I am with you always, even to the end of the age” (Matthew 28:19-20). There was no ambiguity in what He expected them to do.

Robert J. Tamasy is vice president of communications for Leaders Legacy, Inc., a non-profit based in Atlanta, Georgia, U.S.A.

Reflection/Discussion Questions
1.   Prior to reading this “Monday Manna,” have you considered the setting and managing of expectations one of a leader’s most important roles? Explain your answer.

2.    Describe some expectations you have established for others or expectations given to you that have served to guide the work you perform and how you do it.

3.    What can happen to a team when expectations are not expressed, are unclear, are not realistic, or are not readily accepted by members of the team? Have you ever seen this in your own experience?

4.    Do you agree that Jesus was a good example for setting and managing expectations for His team? If so, in what ways – and how would you assess His results? 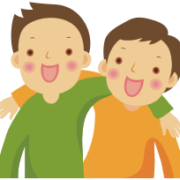 Can You Love Your Employees?

The Prerogative to Persevere

Impossible Is Not Possible – Until You Quit