The film “Forrest Gump” is now considered a classic. For me, viewing it was very nostalgic because it seemed to cover such a broad spectrum of my life’s formative years. The role that running played in the life of the fictional character, Forrest Gump, reminded me of my own boyhood and the many times I was either running to something or from something. At other times I just ran for the sheer exhilaration, joy and freedom I experienced during that simple act of exertion.

As a boy, I remember reading about a Czechoslovakian long-distance runner, Emil Zatopek, best-known for winning three gold medals at the 1952 Summer Olympics in Helsinki, Finland. He won gold medals in the 5,000-meter and 10,000-meter runs, but his final medal came when he decided at the last minute to compete in the first marathon of his life. My fascination wasn’t limited to this amazing man; it extended to anyone who could run a race 26 miles and 385 yards in length.

Just before my 40th birthday, while recovering from surgery, I read an article about cardiac patients running in the Honolulu, Hawaii marathon. As a middle-distance runner in high school and a mid-life jogger, I had never run more than five miles. But if cardiac patients could do it, I reasoned I certainly could do it. Initially, I didn’t tell anyone about my plans, but then decided if I did not tell someone, I might back out. If I told someone, I would have no choice but to follow through on my commitment.

I chose a race that would give me a full year to train, selected a training program, and began extending my running distance to as much as 60 miles a week. When you set out on a 10-12 mile training run, you have a lot of time to think. While running, I concluded life itself is not a sprint, but it is much more like a marathon. In a sprint, the finish line is clearly visible from the start. But when running in a marathon, if you are going to finish well, you need to visualize crossing the finish line that is out of your sight and envision that final reward.

In preparing for my first competitive marathon, I learned it is important to avoid excess weight and anything that might slow you down. The Scriptures address this truth as well:”Therefore, since we are surrounded by such a great cloud of witnesses, let us throw off everything that hinders and the sin that so easily entangles, and let us run with perseverance the race marked out for us” (Hebrews 12:1).

One other thing I learned while preparing to run a marathon was that it is helpful, even necessary, to have someone run alongside and give words of encouragement. Ecclesiastes 4:9 states, “Two are better than one, because they have a good return for their work.”

The day of my big race finally arrived. As I crossed the finish line, no one could have been more proud. I finished the marathon in three hours and 27 minutes, within two minutes of my planned time. Have you thought about your life’s race and considered what it will be like when you cross your finish line – when your life on earth is ended? Who is there to run alongside of you and give words of encouragement?

William F. “Fritz” Klumpp is a veteran aviator, life coach, and public speaker. A former board member and executive director of CBMC, he has spoken in Europe, Africa, Australia, Canada, and across the U.S.A.

1. Have you ever participated in a marathon or another long-distance endurance competition? If so, what has that experience been like for you? If not, would you ever consider doing it?

2. What do you think of comparing everyday life to a marathon? What are the similarities? And can you think of any differences?

3. If you have ever competed for something, whether athletically, in business or some other setting, how long did the rewards of your efforts last? In retrospect did you think they were they worth pursuing? Why or why not? 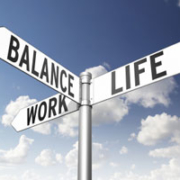 Afflicted By The 'Verdi Virus' 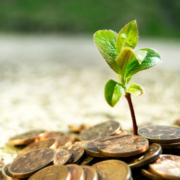 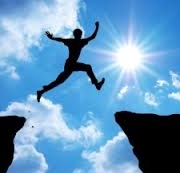 Fearing Not In The Face Of Fearful Factors