There seems to be an epidemic of callous, disrespectful behavior in today’s workplace. Yet, strangely enough, such demonstrations many times are not penalized. Sometimes they are even rewarded!

According to a study mentioned in an article in the prestigious Wall Street Journal, employers often pay more for rude and disagreeable employees. The study discovered employees difficult to work with actually earn, on average, 18 percent more than their more agreeable peers. Imagine investing payroll, taxes, benefits, training, and considerable time in employees, only to have them become disruptive by shouting at you in a staff meeting and slamming the door as they depart.

Despite this potentially divisive impact within an organization, some executives allow themselves to be manipulated by intimidating, overbearing staff members. But at what sacrifice? Disagreeable employees, according to another study, can exact an even greater cost to the organization. Uncivil behavior often the results in increased employee turnover. This could be because workers become upset by continual conflict; others might lose respect for superiors that fail to discipline acceptable behavior.

“Don’t bite the hand that feeds you” is an old saying that needs to be revisited. Employers have every right to emphasize the fact that working for their company is a privilege, not a right, and self-centered, disruptive speech and behavior will not be tolerated.

If you are an employer, hiring people that respect others and are agreeable is a better path. Employers need to make themselves aware of the temptation to become bullied into paying more than they should for rude behavior, even when valued talents and skills have contributed to the company’s success are at stake. Appeasing employees that disrupt the organization and show no respect for others – especially those for whom they work – eventually proves destructive for everyone involved.

Therefore, in hiring new staff – as well as conducting periodic performance reviews – stressing the importance of respect and cooperation should be an important part of the process. A wise supervisor looks for and promotes those who respect others and demonstrate humility in interacting with others. Here are some principles the apostle Peter offers in the Bible’s New Testament:

Respect should be expected at all times. Demonstrating consideration and understanding to others should be a universal practice, regardless of a person’s position in an organization or their perceived “worthiness” of being respected.“Show proper respect to everyone: Love the brotherhood of believers, fear God, honor the king” (1 Peter 2:17).

Respect for authority should not be optional. Some people would say, “I will show respect only to people that earn my respect.” From a biblical perspective, however, respect should be shown regardless of what the other person does. “Slaves, submit yourselves to your masters with all respect, not only to those who are good and considerate, but also to those who are harsh. For it is commendable if a man bears up under the pain of unjust suffering because he is conscious of God” (1 Peter 2:18-19). The word “slaves” may sound out of place for the 21st century workplace, but the relationship Peter was referring to applies to that of employer and employee.

Copyright 2012, Integrity Resource Center, Inc. Adapted with permission from “Integrity Moments with Rick Boxx,” a commentary on issues of integrity in the workplace from a Christian perspective. To learn more about Integrity Resource Center or to sign up for Rick’s daily Integrity Moments, visit www.integrityresource.org. His book, How to Prosper in Business Without Sacrificing Integrity, gives a biblical approach for doing business with integrity.

1.  Have you personally witnessed rude and disrespectful behavior in your workplace? If so, describe it and how persons in authority addressed it.

2.  Do you agree with the contention that callous, offensive behavior in the workplace is on the increase? What do you think might be factors contributing to this?

3.  If you observe disrespectful behavior not being corrected appropriately, do you think this justifies your acting in a similar manner? Why or why not?

4.   One of the Bible passages cited tells slaves (or employees) to submit to those in authority over them, even if they are harsh and unjust. What do you think about this? 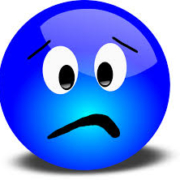 Tips For An Effective Life-Investing Checkup

How Do You Approach the Start of a New Day?

Is Jesus Unique? How to answer the 'are all religions the same' question

Who Is Your Real Boss?

When The Difficult Way Is The Easiest

Ethics or 'Ethos' — Our Home
0 replies