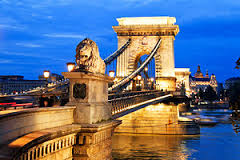 Four out of five people killed for religious reasons are Christians, according to Hungary’s minister for human resources. In response, Hungary’s government is the world’s first to open an office specifically to address the persecution of Christians in the Middle East and Europe. The move comes after Viktor Orban, Hungary’s right-wing prime minister, drew criticism within the European Union for saying that Europe should focus on helping Christian refugees before Muslims. The office will have a budget of $3.5 million (USD) with which to raise international awareness and coordinate humanitarian efforts. In March 2016, Canada shuttered its office of international religious freedom after three years.
(Christianity Today, November 2016)