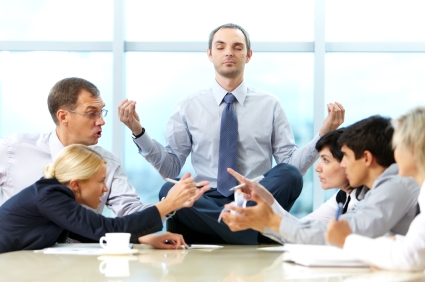 July 3, 2017 – Rick Boxx   Years ago, my boss at the time appointed me to chair a taskforce to address a major problem in our company. For me, this became a political landmine, a classic no-win situation. My boss was likely hoping I would protect him from the possible fallout of the taskforce’s decision, but I did not.

In its findings, the taskforce concluded the real issue was my boss’s approach to the problem we had been researching. Soon after my report was finalized and submitted, I received a demotion. My boss, who had been an advocate for me, became my enemy.

For more than two years I fostered a toxic anger towards him. I felt unjustly treated and maligned. I had become the scapegoat for a problem of my boss’s own making. Seeking to strike back and gain a measure of revenge, every time I had an opportunity, I bad-mouthed this man to others.

After carrying this weight of anger and bitterness, with no hope of the executive ever offering to correct the wrong he had done to me, I came to a startling, yet freeing realization: My anger had been hurting me much more than it had affected him. Even if my negative comments succeeded in diminishing my boss in the eyes of others, my anger was not appeased.

Then I began to do something I should have considered much sooner – I determined to read, meditate on, and apply what the Bible teaches about anger, justified or not. For instance, Ephesians 4:26 teaches, “Be angry, and yet do not sin; do not let the sun go down on your anger, and do not give the devil an opportunity.” Thinking about his exhortation, it occurred to me that the sun had literally gone down on my anger hundreds of times, and the festering bitterness I had continued to feel was giving the devil ample opportunity to undermine what God was trying to do in me and through me.

Then I began pondering Matthew 6:15-16, in which Jesus states, “For if you forgive others for their transgressions, your heavenly Father will also forgive you. But if you do not forgive others, then your Father will not forgive your transgressions.” Those were hard words to read; as I pointed an accusing finger toward my one-time boss, it seemed the other fingers on my hand were pointing back at me. Pondering this, the Lord convicted me that since I had not forgiven my former boss, why should I expect God to forgive me for my many sins? I realized that in addition to forgiving my ex-boss – even if he never asked for it – I also needed to ask God to forgive me for many things, including my unforgiving spirit.

To determine what God wanted me to do next, I read Matthew 5:23-24, in which Jesus says, “Therefore if you are presenting your offering at the altar, and there remember that your brother has something against you, leave your offering there before the altar and go; first be reconciled to your brother, and then come and present your offering.”

More than two years since my anger began, I finally started the process of reconciliation by calling my former boss – and asking his forgiveness. That did not fix what he had done, but at last I was free of the toxic anger and its devastating effects. Anger is an emotional cancer whose cure is forgiveness.