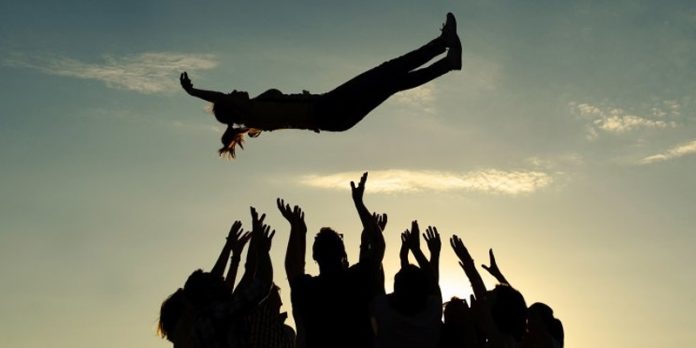 Leave a comment September 30, 2019 • Monday Manna
‘Never Try To Be The Smartest Person In The Room’

September 30, 2019 – Robert J. Tamasy  There is a common saying, particularly in the world of sports, that “you win with people.” Even the best coach will fail without having quality, skilled players and support staff. The same holds true in the business and professional world. A visionary without a team of people to help in bringing his or her ideas into reality is just a dreamer.

Unfortunately, whether it is because they are poor judges of talent, or because they want to protect their own fragile egos, some high-ranking executives hire only individuals of lesser capabilities. For those “leaders,” it gives a sense of protection from being surpassed by more gifted, better trained and educated staff members.

Fortunately, not all CEOs and top executives feel that way. In fact, Michael Dell, founder and CEO of Dell Technologies, one of the world’s largest infrastructure companies, feels just the opposite. He stated, “Try never to be the smartest person in the room. And if you are, I suggest you invite smarter people…or find a different room.”

That says a lot about Dell and other leaders like him. First of all, they are humble enough to not feel threatened by people who know more or can do more than he can. Second, they understand that for the benefit of the company and all of its stakeholders, they have the obligation to present the best product possible – and that would require having individuals on the team with expertise in some areas that they lack. And third, the true mark of a good leader is not accomplishing all the work alone, but recruiting the best people to share the load.

I recall the days when I was a magazine editor. For me, some of the most enjoyable, exhilarating days were when we held planning meetings for each issue. We would take the articles and columns that had been written, then brainstorm about titles, illustrations and other graphics to give them as much reader appeal as possible.

Although I had some strong opinions about some things, I recognized the graphic designers would come up with better visual concepts than I could. They brought compelling, creative ideas I could never have imagined. Some people in the room were more detail-oriented than I was, so they noticed things I probably would have let fall through the proverbial “cracks.” And others just offered perspectives I never would have considered. When the magazine was produced and printed, it became clear, as I heard a wise person say, that “the whole is greater than the sum of the parts.” The Scriptures have much to say about this:

Trusting in God can provide the humility needed. Some in leadership positions may fear being “shown up” by others and losing their positions of authority and responsibility. However, trusting in God gives us the confidence to believe He has directed the right people in our lives at the right time, even in the workplace. “Humble yourselves, therefore, under God’s mighty hand, that he may lift you up in due time” (1 Peter 5:6).

Recognizing the gifts and contributions of others. Whether in a family, a church, or a company, everyone has a specific, important role to play. Even seemingly lesser parts are critical for producing the desired end result. “Now the body is not made up of one part but of many…. If the whole body were an eye, where would the sense of hearing be?… But in fact God has arranged the parts of the body, every one of them, just as he wanted them to be…” (1 Corinthians 12:14-20).

The more people involved, the more we can get done. Walking with God in the workplace, we can discover He can far exceed our hopes and expectations – often working through other people . “Now to him who is able to do immeasurably more than all we ask or imagine, according to his power at work within us…” (Ephesians 3:20).