“Why do you want to be mentored?” That was the question I asked the young man sitting across the table from me at a local restaurant. A mutual friend had suggested to Todd that he meet with me since he had expressed an interest in having someone mentor him in both his professional and personal life.

His answer surprised me: “I want to learn from your mistakes.” I smiled, thinking here was a man in his late 20s that already had the wisdom to recognize that you do not have to learn exclusively from your own errors and poor decisions. You can learn from people that have already traveled along the path you are following – and you can benefit from what they have learned through trial and error.

As it turned out, he and I did not begin a one-to-one mentoring relationship because he already was meeting with several other men in various mentor-like capacities. With many younger men lacking even a single man to meet with, I concluded Todd already had enough help. But his comment caused me to reflect on the many times I have done the same thing – learned from the mistakes others have shared with me, along with their successes.

I would not have the passion I have today for helping others learn how to effectively integrate their faith in the workplace if it had not been for others that showed me it could be done. And they honestly told me about times when they had failed, when they had yielded to the temptation to cut corners to achieve goals, even though they knew it would be a breach of their personal integrity.

It was through failures like these, however, that they learned the importance of setting boundaries, of affirming their commitments to excellence and honesty before they came to a moment of decision. Difficult decisions become easier, they taught me, when they are made long in advance of the crisis.

Men like these also taught me about their trials, failures and successes in areas such as marriage, parenting, handling finances, dealing with anger and other troublesome emotions, and sexual temptation. I, too, have been privileged to learn from the mistakes of others.

The Bible offers many character studies of men that strived to follow and served God, yet sometimes stumbled along the way. I have found these stories very encouraging, not only by learning specifics of their failures, but also realizing God does not demand perfection, only a sincere desire to follow Him, along with a willingness to repent in times of failure. The 10th chapter of 1 Corinthians offers great insight with only two verses:

Recognize other people’s failures and take them to heart. There is a saying that if we fail to learn from history, we are doomed to repeat it. Colleagues and friends can only be bad influences when we allow ourselves to repeat their wrong actions. “All these things happened to them as examples, and they were written for our admonition” (1 Corinthians 10:11).

Do not overestimate your own strength. One of the benefits of learning from the mistakes of others is realizing we could make the same errors. If we are wise, we will take preventative steps to avoid a repeat of those failures. As another saying tells us, an ounce of prevention is worth a pound of cure. “So, if you think you are standing firm, be careful that you do not fall!”  (1 Corinthians 10:12).

Robert J. Tamasy is vice president of communications for Leaders Legacy, Inc., a non-profit organization based in Atlanta, Georgia, U.S.A. A veteran journalist, he has written Tufting Legacies (iUniverse); Business At Its Best: Timeless Wisdom from Proverbs for Today’s Workplace (River City Press); and has coauthored with David A. Stoddard, The Heart of Mentoring (NavPress). For more information, see www.leaderslegacy.com or his blogs, www.bobtamasy.blogspot.comand www.bobtamasy.wordpress.com.

1.  Have you ever taken the opportunity to learn from someone else’s mistakes? If so, give an example of when you did this – and what you learned.

2.  Has anyone ever been given a similar opportunity to learn from your mistakes? Explain your answer.

3.  Can you think about a time when you should have learned from hearing about or observing another person’s mistakes, but instead proceeded to replicate the error? What were the consequences for you?

4.  This “Monday Manna” points out that numerous case studies are presented in the Bible of people who made serious mistakes, yet were forgiven and restored in their relationship with God. Can you think of any specific examples? Knowing that individuals like this failed, yet were not abandoned by God, does this encourage you in considering your own actions? Why or why not?

NOTE: If you have a Bible and would like to review additional passages that relate to this topic, consider the following verses: 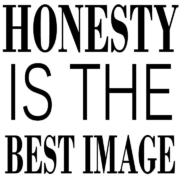 The Power Of Connectivity

Business as mission: How is business penetrating China's vast unreached populations with the Good News?

Easiest Customers to Get — Ones You Already Have