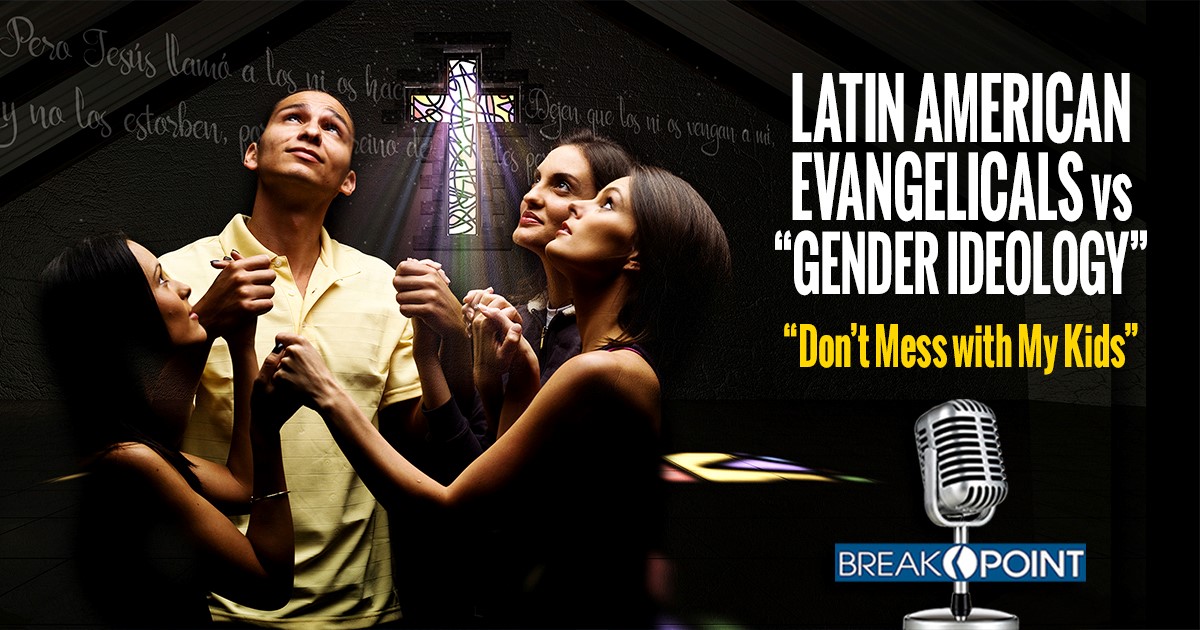 John Stonestreet – “Don’t Mess with My Kids”  Evangelicals are on the rise in Latin America. And at least one writer at the New York Times is very, very concerned.

The explosive growth of Christianity in what is called the “Global South”—places like Africa, Asia, and Latin America—has been well-documented and reported. While much attention has centered on Africa, the story in Latin America is no less dramatic and no less important.

Someone who’s noticed what’s going on there is the New York Times but, to put it mildly, they’re not very happy about it.

A recent op-ed piece, written by Javier Corrales, a political scientist at Amherst College, starts by describing the growth of Evangelicalism in Latin America. Corrales tells readers that “Evangelicals today account for almost 20 percent of the population in Latin America, up from 3 percent three decades ago.”

These impressive numbers are only a prelude to the main point of his article: Evangelicals’ growing impact on Latin American politics which, for Corrales, is bad news. While “Evangelical pastors embrace varied ideologies,” he writes, “when it comes to gender and sexuality, their values are typically conservative, patriarchal and homophobic.”

Thus, “in every country in the region, [Evangelical pastors] have taken the strongest stands against gay rights.” This makes the “rise of evangelicalism . . .politically worrisome,” Corrales writes.

He goes on to complain that evangelical voters “tend to be intransigent on issues of sexuality, which feeds cultural polarization.”

You might ask, “Cultural polarization about what?” The principle example is what Latin American Christians call the “ideology of gender.” In Corrales’ words, “This term is used to [negatively] label any effort to promote acceptance of sexual and gender diversity,” including the idea that “gender identity is a construct.”

If this sounds familiar, it should. So-called “gender diversity,” among other things, is what fuels our current cultural obsession with transgenderism, gender fluidity, and other rejections of biological reality.

Latin American Christians, understandably, don’t want to go down that road. And by “Christians,” I mean both Evangelicals and Catholics. As Corrales tells us, “Politically, we may be witnessing a historic truce between Protestants and Catholics in the region.”

Fighting the “ideology of gender” is the result of this cooperation. Another result is the phenomenon known as “Don’t Mess With My Kids,” which has spread across the region.

The movement originated in Peru as Evangelical and Catholic parents objected to a school curriculum that, in their estimation, sought to indoctrinate their children into a new sexual ideology.

In response, 1.5 million Peruvians marched in the streets, telling their leaders that “the people ‘refuse to surrender.’” The movement has spread to neighboring Ecuador and other parts of Latin America and everywhere it goes, it’s primary objection is to “state meddling” as well as “the exclusion of parents in the sexual formation of their children.”

For the New York Times, all of this might be “politically worrisome,” but lost in all those worries is the fact that gender ideology is a prime example of what might be called “cultural imperialism.” The ideology is being imposed on Latin America by its secular northern neighbors, and Christians there have said, “Don’t mess with our kids!”

I, for one, am grateful to our Latin American brothers and sisters for teaching us with their example.