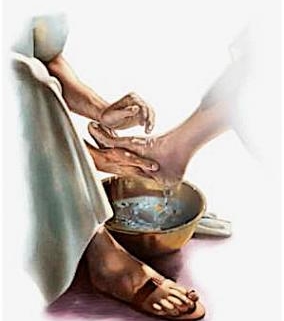 April 29, 2019 – Robert J. Tamasy  Once in a while I come across a quotation that causes me to stop to ponder, and then conclude, “You know, that is exactly right.” One of them, by some fellow who goes by the name “Anonymous,” declares, “If serving is below you, leadership is beyond you.”

I have read many books on leadership, but cannot think of any statement more profound than the one above. Too often we perceive leaders as individuals who issue orders, write memos that read more like mandates, and establish goals for everyone else to accomplish. But the most powerful, most influential leaders are those who understand the impact of serving others.

The late business executive and author of several books on leadership, Max DePree, stated, “The first responsibility of a leader is to define reality. The last is to say thank you. In between, the leader is a servant.” According to Mahatma Gandhi, “The best way to find yourself is to lose yourself in the service of others.” Both seem to run counter to what we usually observe from many “leaders” in the workplace.

Then there is the longer, but highly insightful observation by Dr. Martin Luther King, Jr.: “Not everybody can be famous. But everybody can be great, because greatness is determined by service. You don’t have to have a college degree to serve…. You don’t have to know Einstein’s theory of relativity to serve. You don’t have to know the second theory of thermodynamics in physics to serve. You only need a heart full of grace and a soul generated by love.” Robert K. Greenleaf, author of the aptly titled book, Servant Leadership, wrote, “The first and most important choice a leader makes is the choice to serve, without which one’s capacity to lead is severely limited.”

Reviewing my own career, there is no question that the bosses who had the most positive impact on my life were those who maintained an attitude of being servants. Yes, they had responsibilities to fulfill, along with goals and objectives to meet every day. But I always felt they had my best interests at heart, that their desire was to help me succeed, or as one expressed it, “to enable you to flourish.”

The ultimate example of the servant leader was Jesus Christ. In fact, speaking of Himself, Jesus made this striking, perhaps even shocking declaration: “For even the Son of Man did not come to be served, but to serve, and to give his life as a ransom for many” (Mark 10:45).

During His time on earth, Jesus offered profound lessons to those who followed Him. He healed many that came to Him suffering from a variety of afflictions and diseases. But most of all, He served by surrendering His own life on a cross, becoming the atoning sacrifice – theologians call it the “propitiation” for the sins of mankind.

On another occasion, Jesus made clear this principle of servanthood was not just for Himself, but for all who choose to follow Him. “For who is greater, the one who is at the table or the one who serves? Is it not to the one who is at the table? But I am among you as one who serves”(Luke 22:27). The apostle Peter summed it up, writing about self-sacrifice, “To this you were called, because Christ suffered for you, leaving you an example, that you should follow in his steps”(1 Peter 2:21).

The leader who lives according to a mindset of serving others – that leader is the one worth following.