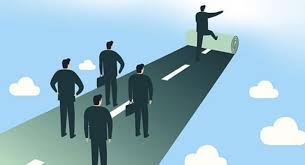 March 9, 2020 – Robert J. Tamasy  If you have been in the business and professional world for any length of time – even for just a few months – chances are you have asked, encouraged or even ordered to attend some form of leadership training. It might have been an hour-long meeting, a workshop, a seminar or even a conference. In any case, the intention was to prepare you for becoming a more effective leader.

But does it ever occur to you that leadership – leading – is a big overrated? The reason I ask is because, unlike leadership, when was the last time you participated in training on how to follow?

American business consultant Brian Kight pointed this out recently when he stated on social media, “You do not have to lead. It is not for everyone. That does not mean you cannot be an amazing contributor. Teams need every role. Leadership is just one. Fall in love with the role you have.”

What Kight said might sound strange, but it is true. We cannot all be leaders. What would you think of an army in which everyone was a general, but no one was a soldier engaged in actual battle?

Years ago I was with an organization and enjoying tremendously my job as writer and editor. My title was “director of publications,” but since I had a very small staff, much of the actual day-to-day work fell on my shoulders. And I had no problem with that.

One day a top executive with the organization called me into his office and asked me, “Where do you see yourself in the future – maybe five years from now?” My answer was simple: I saw myself doing much of what I had been doing, since I was greatly enjoying my work, felt I was doing it was and found it very fulfilling. Many people had complimented my work, and I saw no need for making any changes.

It was not that I lacked ambition or aspirations for achieving new goals. It was simply that I felt no need to be directing others. Rather than delegating work to others, I much preferred rolling up my sleeves and being directly involved myself in whatever publications we had to produce at the time.

As Kight said, the responsibility to lead “is not for everyone.” Many people are well-content with carrying out their respective tasks, understanding they are contributing to a greater goal. In the Scriptures, we see this modeled perfectly by Jesus Christ. He was the unquestioned leader; what He wanted was faithful, devoted followers. Here are some examples of what the Bible says about “followship”:

Let the leader set the pace. In assembling His team, Jesus sought people with vision – but also the willingness to follow. “”’Come, follow me,’ Jesus said, ‘and I will make you fishers of men’” (Matthew 4:19).

There is a cost to following. Following even a powerful leader is not always easy. It sometimes means sacrifice, being willing to set aside one’s own ambitions for a higher goal. “Then he said to them all: ‘If anyone would come after me, he must deny himself and take up his cross and follow me’” Luke 9:23).

The best leaders are also good followers. One of the foremost leaders of the early Church was the apostle Paul. He wielded much influence, but even at that, Paul never forgot whom he was following, who was determining the course. “Follow my example, as I follow the example of Christ” 1 Corinthians 11:1).