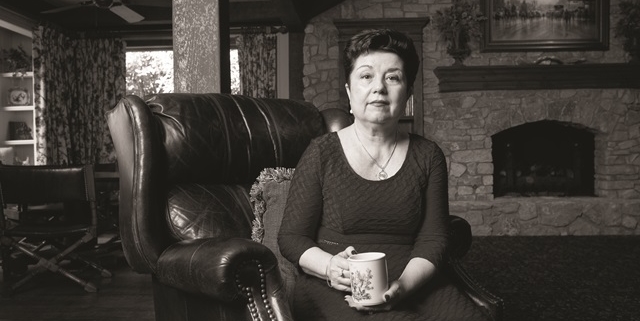 And then I shared it with the man the government sent to kill me.

September 23, 2016 – Virginia Prodan   Like most people, I was born with a hunger for truth and freedom. Unfortunately, I was born in Communist Romania under the brutal totalitarian regime of Nicolae Ceausescu. Ceausescu’s Romania was a land of lies, where simply questioning a government directive could lead to imprisonment, physical torture, and—in some cases—death.

Needless to say, we lived in a constant state of anxiety and mistrust. Anyone could arbitrarily denounce a neighbor, classmate, or family member for making “anti-government” statements. The government even had spies planted in the churches. The best way to avoid trouble was to remain silent, question nothing, and try to blend in.

For years, I watched my parents and relatives play the part of “good citizens” while privately whispering their contempt for the government. I wondered, Why do people always speak in whispers? Why are they so afraid to speak the truth?

‘Do you go to church?’
The more fear battered those around me into silence, the more obsessed I became with finding the truth. After graduation, I went to law school and became an attorney. But my job—assigned by the government—consisted of little more than rubber-stamping newly-created communist rules and regulations. It was demoralizing.

One evening a client came in to discuss some paperwork related to a property settlement. We had been meeting for months now, and frankly, I was exhausted. But this particular client never seemed to get discouraged. He always smiled, and he had a sense of contentment unlike anything I had ever seen. It was as though he were somehow oblivious to all of the misery that surrounded him. He radiated joy and peace, and for some reason, it troubled me.

Without thinking, I confessed, “I wish I had what you have in your life. I wish I had your sense of peace and happiness.”

“Would you like to come with me to my church this Sunday?”

My first instinct was to decline. After all, the communist government was notoriously anti-church. Under Ceausescu’s rule, Christians were frequently arrested, beaten, and imprisoned. Church buildings were bulldozed, their land confiscated to make room for Ceausescu’s palace. Anyone who questioned his anti-God stance was either thrown in jail or “disappeared.” For all I knew, this could be a trick to test my loyalty. I paused briefly to consider my next move. Then I saw once again that look of peace and contentment. I wanted that—so much so that I decided it was worth the risk.

The next Sunday I visited his church. As soon as the choir finished the opening song, the pastor read John 14:6—“I am the way and the truth and the life. No one comes to the Father except through me.” I could not believe what I heard. Someone was claiming to be the truth?

As the pastor continued to describe the truth of Jesus Christ, I felt as though the verses he shared were written specifically for me. Looking across the aisle, I saw my client. He smiled, nodded, and gently patted his Bible as if to say, “Now do you understand?”

I did. Without realizing it, I was beaming back at him. For the first time in my life, everything made sense. I had spent years searching for the truth, but I had been looking in the wrong places—law school, the government, the justice system. I suddenly realized that truth was something that came not from law books, but from God himself: the Creator of the universe—my Creator, the source of all life, peace, and happiness.