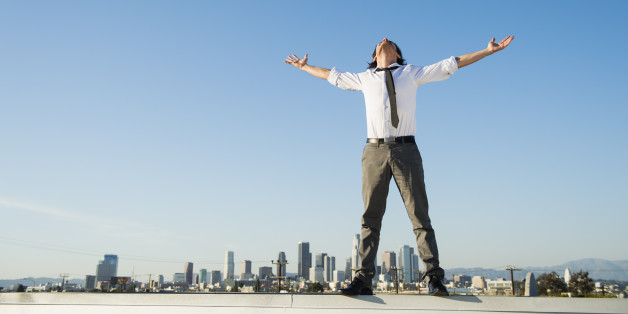 September 16, 2019 – Robert J. Tamasy  Everyone, it seems, wants to know the secret to success. I recall as a young journalist looking around and seeing people I admired, individuals who were already making their mark in the world. “I want to be like them!” I thought. “How do I get to where they are?”

Unfortunately, there is no single, universal secret to success. Bookstores and libraries are filled with copies of books by authors who claim to know the secret. If we go to an online retail site that sells books, and enter “Success” in the search box, we can find numerous choices written by people who will tell us with great conviction how they achieved success.

There are countless slogans, philosophies and strategies for becoming successful, but sometimes it helps to realize that while there is no magic, one-size-fits-all formula. For most people, success requires a few very simple ingredients, things that do not require very specific skill sets.

Usually I put little stock in what actors and other entertainers have to say, even rich and famous ones. Because their careers consist of pretending to be other people that they are not, living in worlds that do not exist. So how can they be experts on reality? However, recently I came across a quotation by an actor that suggested a time-tested path to success that made so much sense I could not ignore it.

Dwayne “The Rock” Johnson, an actor who has appeared in many commercially successful films, said, “Be humble. Be hungry. And always be the hardest worker in the room.” That resonated with me, and I suspect it has appeal for others as well. He did not say we must be the smartest people, or the ones with the most status, or the most impressive resumes. Johnson simply said we must be humble, hungry, and willing to outwork everyone else. This is exactly what the Bible teaches in the book of Proverbs:

Humility can be a very attractive quality. In a world where many people are seeking to draw attention to themselves, there is something refreshing about people who work quietly, efficiently and with excellence, not overflowing with egotism. “Before his downfall a man’s heart is proud, but humility comes before honor” (Proverbs 18:12).“Humility and the fear of the Lord bring wealth and honor and life” (Proverbs 22:4).

Hunger can be an excellent motivator. Complacency and self-satisfaction can inhibit top performance, but hunger – whether to pay bills, gain a client, make a sale, or achieve a goal – can inspire our best work. “The laborer’s appetite works for him; his hunger drives him on” (Proverbs 16:26). “He who works his land will have abundant food, but he who chases fantasies lacks judgment” (Proverbs 12:11).

Hard work, with excellence, receives notice. Which would you rather see: Someone trying everything possible to be noticed, or someone whose work is of such high quality that it speaks for itself? One’s diligence and excellence serve as outstanding character references.“Lazy hands make a man poor, but diligent hands bring wealth” (Proverbs 10:4). “Do you see a man skilled in his work? He will serve before kings; he will not serve before obscure men” (Proverbs 22:29).

If success is what you seek, cultivate humility, stay hungry, and never stop working hard.