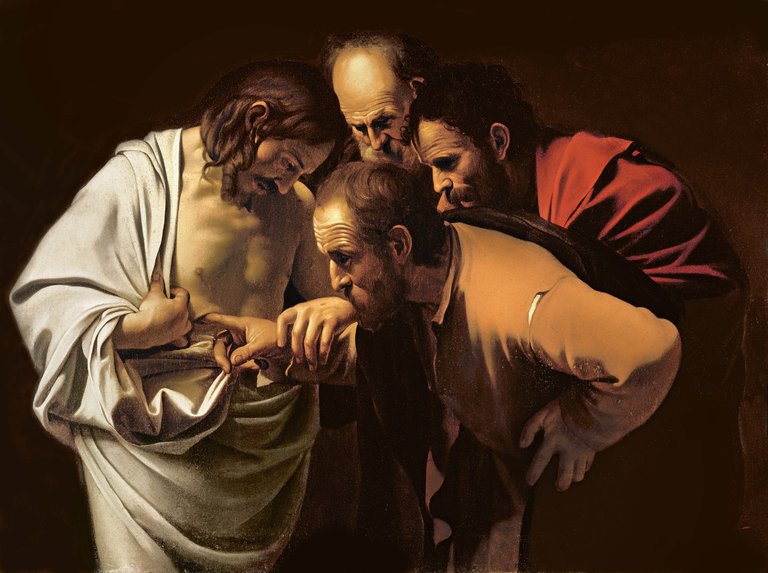 1 Comment December 29, 2017 • Featured Blog
How Can I Possibly Believe That Faith Is Better Than Doubt?

December 25, 2017 – Peter Wehner   Why is it that, according to Jesus, faith is better than proof? That’s a question I’ve struggled to answer ever since I began my pilgrimage of faith as a young man. Sometimes it seemed more pressing, other times less so. It can intensify during periods of grief and pain, when faith may not offer much consolation or even make much sense in a world that seems random and cruel.

This question is compounded during periods like this one, when faith seems to distort reality rather than clarify it, when it’s easily manipulated for low rather than high purpose and when some of those who claim to be people of faith act in ways that bring dishonor to it and themselves.

Why take a leap of faith, given all that? Insisting on a little more empirical evidence before you make the leap seems pretty reasonable.

The apostle Thomas clearly thought so. According to the Gospel of John, the other disciples told Thomas that they had seen the risen Lord, to which Thomas replied he wouldn’t believe until he put his fingers in the nail marks in Jesus’ hands and put his hand into Jesus’ side.

Fast-forward a week, when Thomas encounters Jesus, who tells him, “Put your finger here; see my hands. Reach out your hand and put it into my side. Stop doubting and believe.” Thomas does, to which Jesus replies, “Because you have seen me, you have believed; blessed are those who have not seen and yet have believed.”

Not seeing and still believing is held up by Jesus as a greater thing than seeing and believing. But I’m not sure I have ever fully grasped what it is about faith that makes it precious in the eyes of God. Recently, with the help of friends — pastors, theologians, authors, fellow believers — I’ve tried to deepen my understanding on that subject.

To start out, it’s worth noting that treating Christian faith as different from proof doesn’t mean it’s antithetical to evidence and reason. Christianity is a faith that claims to be rooted in history, not abstract philosophy. St. Paul wrote that if Jesus was not resurrected from the dead, the Christian faith is “futile” and followers of Jesus are “of all people most to be pitied.”

Christians would say, in fact, that reason is affirmed in Scripture — “Come now, and let us reason together,” is how the prophet Isaiah puts it — and that faith properly understood is consistent with and deepens our understanding of reality. “Reason purifies faith,” George Weigel, my colleague at the Ethics and Public Policy Center, told me. “Faith without reason risks descending into superstition; reason without faith builds a world without windows, doors or skylights.”

But faith itself, while not the converse of reason, is still distinct from it. If it seems like that’s asking too much — if you think leaps of faith are for children rather than adults — consider this: Materialists, rationalists and atheists ultimately place their trust in certain propositions that require faith. To say that truth is only intelligible through reason is itself a statement of faith. Denying the existence of God is as much a leap of faith as asserting it. As the pastor Tim Keller told me, “Most of the things we most deeply believe in — for example, human rights and human equality — are not empirically provable.”

“The supreme function of reason is to show man that some things are beyond reason,” is how Blaise Pascal put it. Something would not require faith if the proof of it was absolute. According to Philip Yancey, the author of “The Jesus I Never Knew,” “Faith requires the possibility of rejection, or it is not faith.”

Perhaps the key to understanding why faith is prized within the Christian tradition is that it involves trust that would not be needed if the existence of God were subject to a mathematical proof. What God is seeking is not our intellectual assent so much as a relationship with us. That is, after all, one of the purposes of the incarnation of God in Jesus.

Every meaningful relationship — parent-child, spouse to spouse, friend to friend — involves some degree of trust. It is better and more vivifying to be the object of someone’s trust rather than the last person standing after a series of logical deductions. That’s true for us as individuals, and it can be true for God as well.

Faith demonstrates human trust in him — and, according to James Forsyth, pastor at McLean Presbyterian Church in Virginia, which my family attends, it demonstrates that we accept God’s love for us. “There is a force within love that longs to be received,” he says.

Craig Barnes, the president of Princeton Theological Seminary, told me, “Faith is a greater blessing than proof because it gives us a relationship with Jesus. All good relationships are bound together by love. And love is always an expression of faith.” He also pointed out that proofs don’t necessarily inspire belief. Toward the end of his Gospel, Matthew mentions that some still doubted after they looked right at the risen Christ. (“When they saw him, they worshiped him; but some doubted.”)

Some of those who witnessed the miracles of Jesus eventually sought to kill him. And Judas, one of Jesus’ original disciples, betrayed him with a kiss. So sensory experience isn’t enough to compel belief and allegiance.

Our most important forms of knowledge rarely come from logic or proof, according to Cherie Harder, the president of the Trinity Forum. Citing the work of the theologian Lesslie Newbigin, she says it comes through a more personal knowledge. For example, I know my wife loves me because I know her, I know her heart, I know her character, and because I trust her. “Your knowledge of her is less about physical certainty,” Ms. Harder wrote to me, “and more about a well-placed confidence in who she is (a faith in her that is qualitatively different, and far more personal and holistic, than intellectual certainty).”

“Faith,” Ms. Harder added, “is tied to love in a way that logical deduction and reason are not. We are changed by what we love more than what we think.”

Faith can allow us to understand things in a different way than reason does, in a manner similar to what J.R.R. Tolkien meant when he said that pagan myths weren’t lies but rather pointed toward deep truths. The imagination could be integrated into reason, he believed, in a way that helped us to see reality a bit more clearly. Reason is one way to perceive reality; faith — rooted not in partisan ideology but in grace and a sense of the sacred — is another.

There’s one other difference between faith and reason. The latter can analyze things like quantum physics and modern cosmology. But what faith can do is to put our lives in an unfolding narrative in ways reason cannot. It gives us a role in a gripping drama, of which the Christmas story is one defining scene. It’s a drama that includes sin and betrayal, redemption and grace; and ultimately it gives purpose to our lives despite the brokenness and pain we experience. This may mean nothing to you, but to people of faith, it can mean everything. If God is real, perhaps it should.

It’s notable that when Thomas makes his request to Jesus, he’s not condemned. Rather, Jesus gives Thomas what he needed — in his case, proof — and in doing so makes it clear that Jesus is willing to meet us where we are. Some need proof, at least as a start; for others, faith alone is enough.

According to Christian tradition, Thomas would eventually go on to serve as a missionary in India, where he was martyred. I imagine his faithfulness had less to do with putting his hand in the side of Jesus than what transpired within his heart. His intellectual doubts gave way to calm trust. In my experience, at least, that journey hasn’t always been an easy one. For many of us, shadows of doubt coexist with faith.

To emphasize faith is not to cast out doubt. In fact, it is precisely to take doubt seriously, but also to understand the doubter more completely — not just as a reasoning mind but as a full person, possessed of a divine spark that lets us see, now and then, right through the walls we have built between faith and reason.

Peter Wehner, a senior fellow at the Ethics and Public Policy Center, is a contributing opinion writer for The New York Times.

Page 1 of 11
1 Comment Responses to How Can I Possibly Believe That Faith Is Better Than Doubt?

Rajan T2018-01-19 01:48:00Reply
Faith is fundamental of Christian life and all miracles occurred through Christ to demonstrate the power of faith. The mountain moves , tree weather off , dead rises , lame walks , blind sees and we can walk on water all because of faith. It is the currency in godly kingdom which can be used in world to earn all our needs.
Leave a comment