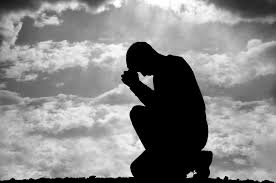 February 20, 2017 – Robert J. Tamasy  Can you think of someone that’s genuinely humble? How about someone who has been extremely successful – and yet humble nonetheless? Does anyone come to mind?

Recently I listened to a talk radio show in which the commentators were discussing humility, and how it relates to a person’s success. One speaker offered his view that humility would hinder a person from succeeding. Someone might project a sense of being humble outwardly, he said, but inwardly the individual must maintain arrogance and extreme self-confidence to become truly successful.

That prompted me to start wondering, is that true? Are humility and success mutually exclusive? Then I remembered the classic business book by Jim Collins, Good to Great, in which he describes what he terms “Level 5 leaders,” people that led organizations that were not merely good, but great. After much research, Collins and his team discovered that among the qualities top leaders possessed, they included both humility and “ferocious resolve, a stoic determination to do whatever needs to be done to make a company great.”

Contrary to the talk-show speaker’s opinion, leaders who guided their companies from good to great did not have to believe they were the central focus of everything that happened. In fact, Collins wrote, “The good-to-great leaders never wanted to become larger-than-life heroes. They never aspired to be put on a pedestal or become unreachable icons. They were seemingly ordinary people quietly producing extraordinary results.” They also were quick to deflect praise, redirecting it to their teams.

How does this happen? Today the media spotlight seems to shine brightest on egotistical corporate leaders, sports figures, entertainers and other celebrities. There does not seem to be much of a “market” for the self-effacing, humble type of leader that Collins described in his book. And yet, according to the book of Proverbs, humility is a prized commodity for anyone holding a leadership capacity:

Leaders that focus on self are flirting with disaster. Throughout history we see examples of self-centered leaders whose decisions were shaped by ambition, pride and greed, leading to their ultimate demise. “When pride comes, then comes disgrace, but with humility comes wisdom” (Proverbs 11:2). “Before his downfall a man’s heart is proud, but humility comes before honor” (Proverbs 18:12).

Humble leaders recognize the source of their abilities and accomplishments. We all have innate strengths and abilities; we may have worked hard to develop and refine them, but often the talents were there already. Recognizing God as the source is a big step toward becoming a humble, yet successful leader. “The fear of the Lord teaches a man wisdom, and humility comes before honor” (Proverbs 15:33). “Humility and the fear of the Lord bring wealth and honor and life” (Proverbs 22:4).

Humility enables a leader to seek – and receive – counsel and advice from others. The humble leader understands he or she is not all-knowing, so they are very responsive to the input from others regarding important decisions. “Do you see a man wise in his own eyes? There is more hope for a fool than for him” (Proverbs 26:12).

© 2017. Robert J. Tamasy is vice president of communications for Leaders Legacy, Inc., a non-profit based in Atlanta, Georgia, U.S.A. Bob has written Business at Its Best: Timeless Wisdom from Proverbs for Today’s Workplace; Tufting Legacies; and coauthored with David A. Stoddard, The Heart of Mentoring. His biweekly blog is: www.bobtamasy.blogspot.com.