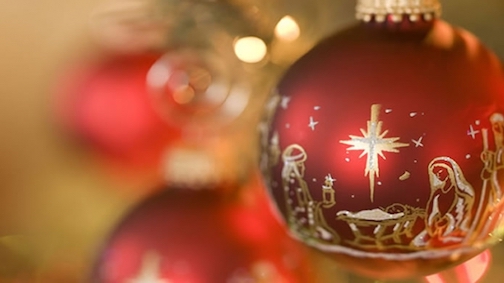 December 19, 2016 – Robert J. Tamasy   You have probably heard the question repeated more times than you can count: “What is the true meaning of Christmas?” It might have as many answers as there are people. What the observance of Christmas looks like varies according to nation, culture, and household, but typically it is a time for family and friends to gather, enjoy good food, exchange gifts, and observe the closing of another calendar year. For many it is a fun, festive time; for others, it can be sad or depressing, a grim reminder of loss or pain.

For the business and professional world, Christmas means much more than office parties and the end of the work year. Retailers hope to reap profits that can transform the calendar year from mediocre to outstanding. Contracts with existing clients are being drafted and hopefully, renewed. Annual goals are reassessed; plans are being formulated for the coming year. A few days off from work during the Christmas season provide a chance to catch one’s breath before another year of hectic activity.

But is that what Christmas is all about? Someone has described it as “the season for requesting things we do not need, receiving things we do not want, and buying things we cannot afford for people we do not like.” Sounds a bit pessimistic, doesn’t it? Somehow, the nearly universal appeal of the season must be based on more than the lust for things and quest for profits. So where do we find meaning in Christmas?

The first Christmas story is told in the opening chapters of the gospel of Luke. There we find a young Jewish man and woman, betrothed but not yet officially married, who make the arduous trek from their home in Nazareth to Jerusalem. According to the account, unable to find room in conventional lodging, the couple settles into a stable, where the Christ Child is born, His first bed a humble feed trough.

Traditional Nativity displays give different perspectives. Shepherds, barnyard animals, angels and wise men all figure significantly. But what is missing from this scene is a crude wooden cross on which this infant – whom the Bible calls God in the flesh – will ultimately end His earthly life. Without the cross, there would be no need to remember or celebrate the first Christmas. Reflecting on this shows us important things about God, things that should be reflected in the lives of His followers. Among them are:

Christ’s calling card was His humility. As hard as it is to imagine or conceive, the God of all creation and eternity entered time and took on human form. “(He) made himself nothing, taking the very nature of a servant, being made in human likeness. And being found in appearance as a man, he humbled himself and became obedient to death, even death on a cross!” (Philippians 2:7-8).

God served us, so we can serve Him. A celebrity or dignity often expects people to serve their needs. But when Jesus came, His purpose was to serve others. “For even the Son of Man did not come to be served, but to serve, and to give his life as a ransom for many” (Mark 10:45).

He became approachable. For a time, God – in the person of Jesus Christ – became as much like us as possible. “For we do not have a high priest who is unable to sympathize with our weaknesses, but we have one who has been tempted in every way, just as we are – yet was without sin” (Hebrews 4:15).

© 2016. Robert J. Tamasy is vice president of communications for Leaders Legacy, Inc., a non-profit based in Atlanta, Georgia, U.S.A. Bob has written Business At Its Best: Timeless Wisdom from Proverbs for Today’s Workplace; Tufting Legacies; and coauthored with David A. Stoddard, The Heart of Mentoring. His biweekly blog is: www.bobtamasy.blogspot.com.