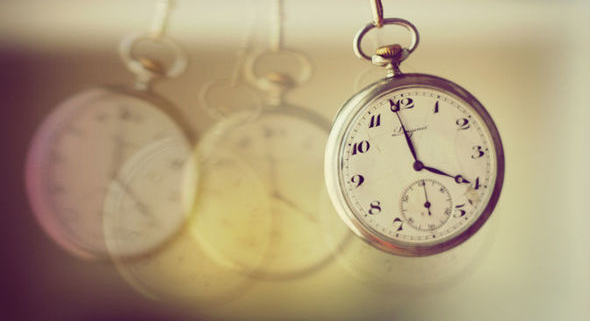 January 15, 2018 – Robert J. Tamasy   Often when the CEO or president of a company or an organization leaves for whatever reason, an “interim” leader is appointed to fill the gap until a permanent successor can be named. It does not matter whether the former executive has retired, died, left to take a new job, resigned, or was fired – someone must step forward to serve on an interim basis until the owners or board of directors can evaluate possible candidates for the job.

We frequently see a rash of these “interim” appointments during a sports season, for example, when unsuccessful coaches are terminated and someone else is appointed to finish the remainder of the year. Then, in most cases, a different individual is selected to take on the role on a permanent basis.

In reality – even though we might be reluctant to admit it – we are all “interim,” No matter how old we are, or how well we are performing in our job, we will not be there forever. Someone else was doing the work before we arrived – unless you are the head of your own start-up company – and one day we will be gone, leaving all the responsibilities to someone else.

This can be a sobering realization. I think of the newspapers I served as the editor, as well as my years at CBMC, when I was editor and director of various publications. During my tenures, I felt I was doing a good job, but even those “permanent” roles came to an end. In fact, the newspapers I directed editorially, along with the magazine, are no longer being published, so they were “interim” as well.

What are we to do with this knowledge? Do we simply resign ourselves to a “here today, gone tomorrow” mindset and muddle through our jobs one day at a time? Instead, I would suggest taking a carpe diem approach: “seize the day.” Make the most of opportunities presented to us, do the best we possibly can, and hopefully leave things better for those that follow us.

After making these observations, the author of Ecclesiastes, King Solomon, states, “What does the worker gain from his toil? I have seen the burden God has laid on men. He has made everything beautiful in its time. He has also set eternity in the hearts of men, yet they cannot fathom what God has done from beginning to end. I know that there is nothing better for men than to be happy and do good while they live…. Whatever is has already been, and what will be has been before; and God will call the past to account” (Ecclesiastes 3:9-15).

Rather than adopting a fatalistic attitude, we can acknowledge our “interim” status while striving to do our best in serving our organizations, stakeholders, employees, coworkers, customers and ultimately, God. “Whatever your hand finds to do, do it with all your might, for in the realm of the dead, where you are going, there is neither working nor planning nor knowledge nor wisdom” (Ecclesiastes 9:10).

© 2018. Robert J. Tamasy has written Business at Its Best: Timeless Wisdom from Proverbs for Today’s Workplace; Tufting Legacies; coauthored with David A. Stoddard, The Heart of Mentoring, and edited numerous other books, including Advancing Through Adversity by Mike Landry. Bob’s website is www.bobtamasy-readywriterink.com, and his biweekly blog is: www.bobtamasy.blogspot.com.

NOTE: If you have a Bible and would like to read more about principles it presents, consider the following passages: