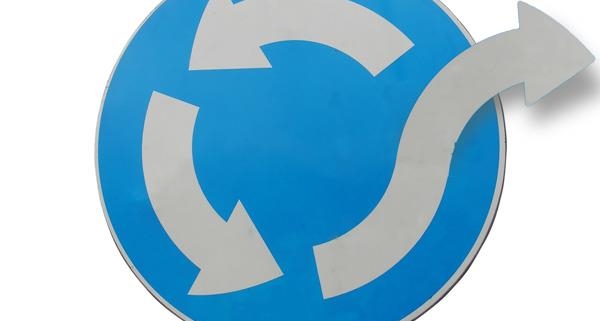 February 17, 2020 – Jim Mathis  For a few years I kept noticing my blood pressure was elevating. Each time I would check it, it would be slightly higher than the time before. I always attributed this to some contributing source – too much coffee, I was tired, or some other easily explained and dismissed reason. Finally, my physician came right out and told me, “Your blood pressure is too high. I am going to put you on medication for that.” The medication worked and my blood pressure was back to a normal, healthy level. I had been in denial; the doctor forced me to admit my denial and prescribed a course of action.

Another time, my indebtedness was increasing. It started me on a slippery slope the very first time I failed to pay the entire balance on a credit card. I kept thinking I would catch up the next month, but did not. I denied this was a problem until it turned into a crisis, an amount I could no longer tolerate. I came up with a plan of action and paid off all of my debts in about the same amount of time it took to accumulate them.

I have been gaining a little weight each year of my adult life. I convinced myself this was normal and besides, I knew a lot of people who were much more overweight than I was. I also reasoned that my scales must be off, I was wearing heavy shoes, or had just consumed a large meal, and besides, I thought, my weight varies with the time of day.

Eventually I hit a number beyond my comfort zone for what I was willing to weigh. It became a personal crisis. I bought a new digital scale and started charting my weight at the same time every day; I wanted no variables that I could rationalize. Once again, I was in denial, reached a crisis of belief, and developed a plan of action.

Many years ago I was drifting spiritually. I had gone to church as a youth, and even had a “religious experience.” I looked back at that experience, convinced I was right with God, but somehow realized I was not. Eventually, I reached a crisis of belief where I knew I was going to have to change my life. I started attending church again and joined a Bible study group. There I became aware my view of God was that of a child, a perspective I had picked up in Sunday school decades before.

After a period of deep soul-searching, I decided to become a dedicated follower of Christ – this time as an adult with a plan. Just as with my blood pressure, indebtedness and weight, I had been in denial about my lack of faith. I had a crisis of belief where I knew things had to change, and that crisis led me to a new and more mature faith in Jesus Christ.

Over the years, I have seen this same pattern played out in many other people’s lives in a wide variety of subjects. For some, their ability to live in denial is higher than others; they never seem to get to the crisis stage where they recognize the need to take action. Others confront reality and take the necessary steps before a major crisis strikes. Are there areas of your life where you are in denial? Are you heading for a crisis or should you take action now?

I would suggest you consult others for help: God, and trusted friends. “’You will seek me and find me when you seek me with all your heart. I will be found by you,’ declares the Lord” (Jeremiah 29:13). “A wise man has great power, and a man of knowledge increases strength; for waging war you need guidance and for victory many advisors” (Proverbs 24:5-6).

© 2020. Jim Mathis is a writer, photographer and small business owner in Overland Park, Kansas. His latest book The Camel and the Needle, A Christian Looks at Wealth and Money. He was formerly the executive director of CBMC in Kansas City, Kansas and Kansas City, Missouri, U.S.A.

NOTE: If you have a Bible and would like to read more about principles it presents, consider the following passages: