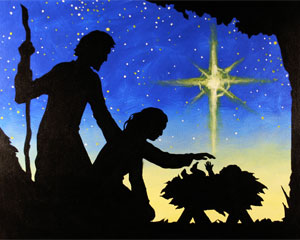 December 18, 2017 – Luis Cervino   Have you seen the TV reality show called “Undercover Boss”? In it, owners or CEOs of large companies go undercover as rank and file workers for a week or two, working alongside employees to discover firsthand how they perform their jobs and meet their personal needs. These bosses learn about the inner workings of their enterprises – such as pizza businesses, large hotel groups, maintenance companies, and convenience stores.

At the end of each program, the bosses shed their disguises, revealing themselves to their workers, and enact positive change in the workplace. They often reward employees with extra benefits such as scholarships for their children, paid leaves of absence if needed, or donations of medical care. In some instances, negligent workers have been identified and dismissed. The key concept is the top executives take the time to personally review what is transpiring in their companies, interact with staff, and institute necessary adjustments.

Interestingly, this concept is not new; it happened 2,000 years ago when God decided to come “undercover” to live with His creation. He began His stay not at a palace or with great ceremony. Instead, as Jesus Christ, He chose to come simply, living among working people with a humble, non-assuming family. His birth received little notice except for a few witnesses – a handful of country people and His earthly parents. For Jesus’ arrival, He chose an unusual site for an important person: a stable – an animal shelter.

About two years later, some learned individuals – commonly known as “wise men” – came to give Jesus proper homage, along with some gifts. Then they returned to their distant homes. Jesus spent the succeeding years growing into adulthood, learning the carpentry trade from Joseph, His earthly father, living with and meeting people and experiencing the challenges and problems of everyday life.

In four books of the Bible, the gospels of Matthew, Mark, Luke and John, we find accounts of His adventures and how He used examples from everyday life to teach eternal truths those who followed Him, sometimes very specifically and directly, other times in story form (parables), addressing people individually and in groups.

Living among the people, like an “undercover boss,” Jesus learned firsthand the pressures of work, family and society. He understood the underlying needs and struggles of a wide range of people – adulterers and prostitutes, tax collectors, humble fishermen, the sick and the poor, arrogant religious and civic authorities.

He experienced the human feelings of being betrayed, having His kindnesses refused because of unbelief, and being falsely accused without any evidence of an alleged crime. And, similar to the undercover bosses on TV, Jesus offered unearned gifts and benefits. In this case, it was His unconditional love, acceptance, forgiveness, reconciliation, transformation, and ultimately, eternal life with His heavenly Father.

His name is Jesus Christ, and this month we remember His appearance on earth with an event called Christmas. In many instances, the central meaning of this day has been distorted. Some refuse to say, “Merry Christmas,” replacing it with a more politically correct, “Happy Holidays,” not to offend those who do not believe in Jesus.

For followers of Jesus, however, we are not afraid to say, “Merry Christmas.” Because we know, “For to us a child is born, to us a son is given, and the government will be on his shoulders. And he will be called Wonderful Counselor, Mighty God, Everlasting Father, Prince of Peace” (Isaiah 9:6).

Luis Cervino is a maxillofacial surgeon in Torreon, Coahuila, Mexico, where he resides with his wife, Rocio, and their two sons. He has been a CBMC/CPEC member in Mexico since 1997, and has been translating Monday Manna from English into Spanish since 1999. His translations reach readers in Mexico and many other parts of the world.