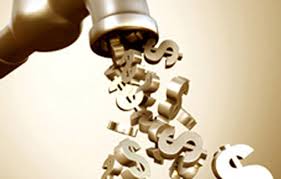 Editor’s Note: This is the second in a once a month series of “Monday Manna” focusing on business dilemmas and ethical issues in the workplace. After a summary of the problem, we offer questions for personal consideration or group discussion, along with comments and biblical principles that might apply.

Clay owned a car dealership that once had been very successful but had stumbled onto hard times. Cash flow was almost nonexistent, yet his bills still had to be paid if he were to be able to keep the doors open. Clay’s company was selling some cars, but not enough to support the monthly overhead.

To offset the problems with cash flow, Clay had formulated a financing plan with his local bank in which they loaned him a percentage of the selling price for each car he was trying to sell, with the understanding that each time one of the financed cars was sold, he would pay off the entire loan balance for that car.

Times finally became so tight that when Clay sold some cars, he chose not to tell the bank or pay them the monies that he owed. At first this seemed to give Clay some additional time, but since the underlying problem had not been fixed, before long he was faced with the same situation again.

That was when Clay called for some counsel, having run out of options for resolving the dilemma. He was fearful he could soon be facing charges of fraud by the bank. He also had been pondering the possibility of filing for bankruptcy, but was concerned about potential implications of that action both practically and biblically.

©Copyright 2015, Integrity Resource Center, Inc. Adapted with permission from “Integrity Moments with Rick Boxx,” a commentary on issues of integrity in the workplace from a Christian perspective.

Based on Proverbs 24:6, “For by wise guidance you will wage war, and in abundance of counselors there is victory,” Clay called me at Integrity Resource Center for counsel on how to navigate through this tough situation. Through prayer and discussion, together we were able to develop a plan that Clay agreed to implement.

Even though it was difficult and humbling, his necessary initial step was to confess his sin, first to God then to the bank. In 1 John 1:9 it says, “If we confess our sins, He is faithful and righteous to forgive us our sins and to cleanse us from all unrighteousness.”

We also agreed the issue of reconciliation was important, seeking to avoid further consequences and to restore a relationship of trust between Clay and his lending bank. In Matthew 5:21-26, Jesus taught, “Therefore if you are presenting your offering at the altar, and there remember that your brother has something against you, leave your offering there before the altar and go; first be reconciled to your brother, and then come and present your offering. Make friends quickly with your opponent at law while you are with him on the way, so that your opponent may not hand you over to the judge, and the judge to the officer, and you be thrown into prison. Truly I say to you, you will not come out of there until you have paid up the last cent.”

Here are some related passages from the Bible that relate to an issue such as this one: