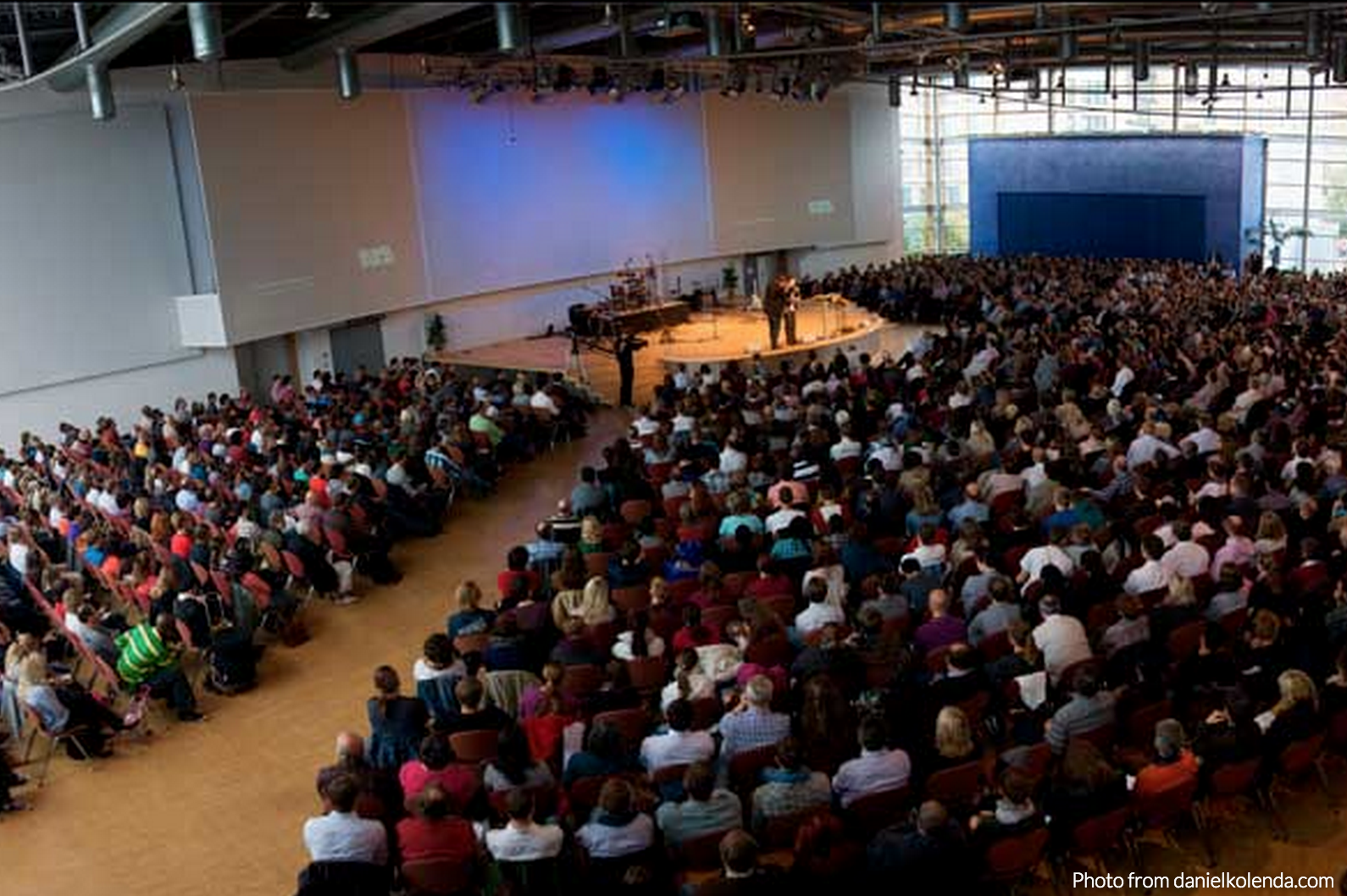 Why are parts of Germany formerly under the enforced secularism of the Communist party rediscovering charismatic religion?

In its story of May 16, 2015, the German news magazine Der Spiegel carried a story tiled (on its cover at least) “Are Evangelicals Winning the World?” [That is my translation. The German wording is “Are Evangelicals conquering…” I substituted the less martial-sounding English “winning”. To the best of my knowledge, there is a remarkable scarcity of Evangelical suicide bombers.] The story states that Evangelical congregations are generally growing in Germany. But it concentrates on two congregations: one in Stuttgart, in western Germany, the other in a suburb of Dresden, in the former DDR (the defunct Communist German Democratic Republic.) The second location is particularly startling.