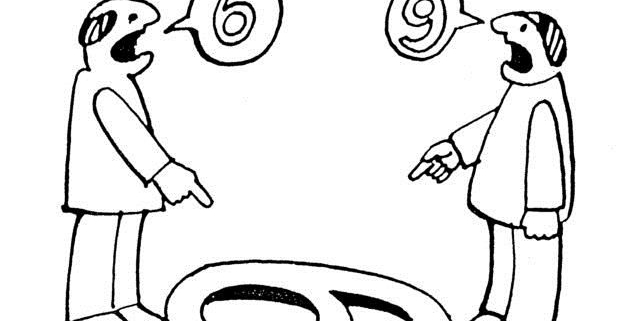 March 30, 2020 – Robert J. Tamasy  Communication, as I often defined it when I taught college classes in business communications, is “the successful exchange of meaning.” With all the “advances” in modern communication technology, it seems the challenge of accomplishing that – communicating clearly and effectively – is more difficult than ever.

Some weeks ago, one of my neighbors, “Henry,” sent me a social media message telling me that he and his family were going out of town for the weekend, and asked if I would check occasionally to make certain no unfamiliar cars stopped at his home. I told him I would do so.

A week or so later, I sent Henry a text, kiddingly stating, “I kept an eye on your house while you were gone. No one bothered it. Hope you had a good trip.” I did not hear back from him, but a few days later texted again: “Sorry we have not had a chance to connect lately. I see you getting into your car to go to work, or when you come home. Hope we can get together to chat soon.” Still no reply.

Not long afterward, I decided to call Henry to let him know that my wife and I were going out of town and ask if he would return the favor of keeping an eye on our house in our absence. When a female voice answered, I asked if it was my neighbor’s wife, “Cathy.” “No,” she replied. “Who is this?” I explained I was trying to call my neighbor.

“Well, this isn’t his phone any longer,” the female voice responded. “When Henry changed jobs, I took over his old job and inherited his work phone.” I later got my neighbor’s correct phone number, but reflecting on the earlier texts I had sent, wondered what the woman receiving them must have been thinking: “I kept an eye on your house…hope you had a good trip.” “I see you getting into your car…when you come home….” Wow! Did the woman, whom I did not know, think I was some kind of stalker?

I would like to think such confused communications are rare, but suspect they are becoming all too common in this digital age when we hastily send out texts, emails and messages almost without thinking. This brings to mind some of the perils of careless communications that date back even to biblical times:

Too many words, not enough careful consideration. We hear it on talk shows, in news reporting, and everywhere on social media – people being too eager to speak and not as eager to consider the impact of what they are about to say. “When words are many, sin is not absent, but he who holds his tongue is wise” (Proverbs 10:19).

Too much speaking, not enough listening. It has been said that many people no longer listen to what others have to say; they only wait until the other person becomes quiet so they can start talking again. “My dear brothers and sisters, take note of this: Everyone should be quick to listen, slow to speak and slow to become angry,” (James 1:19).

Too much hurt, not enough healing. With the mass of communication bombarding us in every possible way, there is bound to be injury inflicted whether intended or not. Most of us must learn to become as eager to apologize, even admit, “I’m sorry,” when communication errors occur, as we are to express what we are thinking. “Reckless words pierce like a sword, but the tongue of the wise brings healing” (Proverbs 12:18).