If you were to identify the most important characteristic of an outstanding, highly productive team, what would it be? Talent certainly would be one characteristic we would want. Experience would be another. The list of desirable traits for a team could go on and on, but there is one that seems indispensable: Unity.

I was reminded of this recently while reading a portion of the late Bob Briner’s book, The Leadership Lessons of Jesus. Drawing from his decades of involvement in the world of sports, Briner pointed out one essential quality for effective leadership is creating and sustaining unity within the team:

“Successful coaches often get rid of very talented players that cause disunity. The remaining players, though less talented, are often more successful,” he wrote. “Unity means so much. There is no substitute for it. It is a prerequisite for sustained success…. A wise leader does all he or she can to build with those who contribute to unity while eliminating the causes of disunity from the team.”

Unity on a team certainly applies to achieving a specified objective. But unity goes beyond that to include a mutual commitment to the same mission, vision and corporate values that undergird the enterprise. Failure to achieve such unity, Briner noted, can divide, even destroy a team with great potential.

This, however, does not mean uniformity. Uniformity – insistence that everyone think, speak and act in an identical manner – can actually undermine unity. Autocratic leadership sometimes insists on uniformity. But just as on a sports team, players have different roles and responsibilities, yet are united around the common goal of winning – team unity in a business or professional setting allows for differences that complement the overall effort needed for accomplishing the mission, leaving ample room for diverse ideas and approaches.

When I was a magazine editor, planning sessions were highlights of my day as we merged the varied perspectives of myself, assistant editor, art director, business manager and other staff into our common mission of creating a publication that would serve our readers. We had conflict. Sometimes argued. And often laughed. We achieved unity, without mandating uniformity. The whole was greater than the sum of our parts.

The Bible addresses the subject of unity often, using the human body as an example. And in establishing His earthly mission, Jesus certainly had an extremely diverse collection of followers. Yet 2,000 years later, all over the world we see the power of the unity possessed by that initial small, rag-tag group.

Disunity destroys. Often in business we find key members of a team, talented individuals, putting their own goals and ambitions ahead of everyone else. Rather than pulling together effectively, like a matched team of oxen, they undermine the work overall by their self-centeredness. “If a kingdom is divided against itself, that kingdom cannot stand. If a house is divided against itself, that house cannot stand” (Mark 3:24-25).

Unity builds up. A true team consists of members willing and eager to work together, support one another, and do all they can to enable one another to succeed. “If you have any encouragement from being united with Christ…then make my joy complete by being like-minded, having the same love, being one in spirit and purpose. Do nothing out of selfish ambition or vain conceit, but in humility consider others better than yourselves. Each of you should look not only to your own interests, but also to the interests of others” (Philippians 2:1-4).

Robert J. Tamasy is vice president of communications for Leaders Legacy, Inc., a non-profit based in Atlanta, Georgia, U.S.A.

1. What does genuine unity look like in a workplace setting, in your opinion? Thinking about this, what examples – if any – come to your mind?

2. Have you observed the effects of disunity, when a team of people that should have been extremely successful fell far short of expectations because of internal discord and division? If you can, describe one of these situations and the impact it had.

3. If you were called into a situation where you saw a great need to encourage and achieve unity, what steps would you take to help in bringing that about?

4. Looking at the subject not only from a workplace perspective, but also a spiritual one, why do you think unity is so critical? When a team is united, what are some of the tangible, observable results? 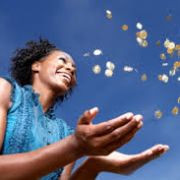 Restoring a Proper Emphasis For Christmas

How Do You Handle Your Anger?

Work, Where Rewards Are Not Enough

Tension Between Working And Waiting

How Are You Investing Your Life?