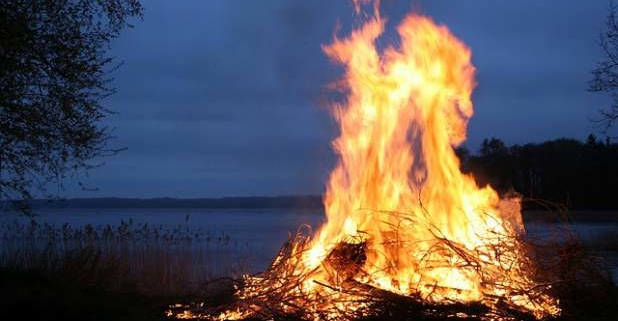 June 8, 2020 – Ray Kerwood  [Editor’s Note: The following is an adapted excerpt from Cross Currents: A World War II Survivor’s Voyage through Life’s Storms to God’s Safe Port, an autobiography by Ray Kerwood]. A longtime member of CBMC, Ray served with distinction as an officer with the Merchant Marines during World War II. He served 28 years in various management roles with Gulf Oil, before launching his own company, Alpine Petroleum. His book in its entirety is available FREE on CBMC International’s website]

One of the turning points in my spiritual life was attending an adult Sunday school class at a church just blocks from where my wife, Donna, and I lived in Charleston, West Virginia. A man named C.W. Lee was teaching the class. He wasn’t a clergyman, but a laboratory technician with Union Carbide. I was very impressed with his teaching and made a point of talking with him before class the following Sunday.

At the time, Donna and I were experiencing some difficulties in our marriage, and C.W. and his wife, Ruth, agreed to meet with us. By the time we had all exchanged greetings, it was clear to both Donna and me that this couple was different from anyone we had ever known. It was obvious that Jesus Christ was the center of their life.

Within a short time, C.W. had his Bible open and was explaining what it meant to know God personally and to receive Jesus Christ as Savior and Lord. First he read John 3:16 to us: “For God so loved the world that He gave His only begotten Son, that whoever believes in Him should not perish but have everlasting life.” I had heard those words before, but somehow on this evening it sank into my heart as never before that God, my Creator, the Ruler of this Universe, actually loved me personally, enough to send His Son Jesus Christ to be born on this earth.

I could see on Donna’s face that she was responding to this message as intensely as I was. C.W. then took us through a series of verses from the New Testament book of Romans. When he was done, he did not need to explain it was now our turn. Donna and I both prayed aloud, asking forgiveness for our sins and asking Jesus into our hearts. C.W. and Ruth then spent time explaining what it meant to live our lives in following Jesus Christ. Maybe we didn’t know then the complete significance of what had happened to us, but we both knew this was the most important event in either of our lives.

After leading Donna and me to Christ, C.W. and Ruth did not just walk away, but poured themselves into helping us grow as Christians. This is even more significant because we were complete strangers to them before that night, and both of them were so busy. I don’t know how they found the time to do all they did, much less add on becoming our spiritual mentors. They made sure we got into a good, Bible-teaching church, but their main “mentoring program” consisted of taking us with them anywhere they went.

Through C.W., I got involved in CBMC and began meeting with other God-fearing Christian men who had a major impact on my life and Christian growth in a variety of ways. C.W. and Ruth remained our closest friends and spiritual mentors until we moved from West Virginia. Even then, we would talk on the phone. By the time he passed into God’s presence at the age of 92, he had impacted thousands of lives through his godly life and faithful testimony.

C.W. always told people that when he died, he did not want to leave anything behind. That he wanted to give everything he had to the Lord’s work. That’s how I remember him. That’s how I want people to remember me.