CBMC Japan hosted the 14th National Prayer Meeting on the 25th of April 2014, at Keio Plaza Hotel in Shinjuku-­‐ku, Tokyo. Over 300 Christian ministers and believers from all denominations gathered to pray for Japan and for world peace.

This type of prayer meeting is similar to a Prayer Breakfast in the United States and in Korea where the president attends and speaks. It has been part of the history of the United States for more than half a century. In Japan, the evangelical organization “CBMC Japan” which serves to evangelize business communities throughout Japan, hosts this meeting annually.

One of the speakers, Prof. Chosei Kabira, professor emeritus at Showa Women’s University, talked about Shoko Ahagon (1901-­‐2002). Ahagon was a Christian and postwar Okinawa peace movement leader. Then Nobuhisa Yamakita, president of Aoyama Gakuin University, Yoshitaka Ikarashi of Ikarashi Yoshitaka Ministry, and Hideo Ishibashi, president of the United Church of Christ in Japan took the podium and prayed for the leaders of Japan and the world, the victims of the nuclear plant contamination, protection of the earth from environmental pollution and natural disasters, peace among Asian countries and the world in order to prevent war.

Christians from different denominations gathered to pray for Japan and world peace.

Opening prayer and a special prayer was given by a Catholic Osaka Archbishop, Jun Ikenaga and Rev. Tsugiumichi Okawa of Yamato Calvary Chapel. Ruth Kahanoff, Ambassador of Israel to Japan, and Betty Grace Akech-­‐Okullo, Ambassador of Uganda to Japan, were introduced as special guests. Worship was performed by cellist Berndt Bohman, Coloratura soprano singer Oksana Stepanyuk with a Ukrainian folk instrument called the bandura, and tenor, Hideki Matayoshi. 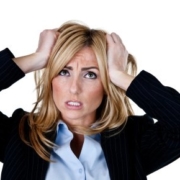 Do Not Allow Fear To Disable You

The Man Who Refused A Pardon

Is It Worth The Work?

When Corporate And Personal Values Clash

The Pervasive Power of Persistence

Digging Out From Adversity
1 reply