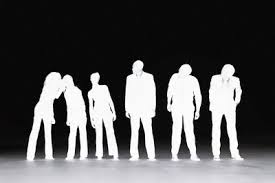 When managers and supervisors are surveyed about the most pervasive problems they must deal with in the workplace, one that typically ranks near the top is gossip. One definition for gossip is “idle talk or rumor, especially about the personal or private affairs of others.” So the focus of gossip in the workplace is not team-building.

The content of such gossip can range from job performance to workplace attire to “office politics” to speculating on behind-the-scenes relationships between colleagues. In many cases, none of these discussions contribute to higher levels of productivity or camaraderie. But that does not diminish the temptation to share juicy secrets about other staff not present to hear what is being said about them.

“You will never guess what I just heard about…!” “Did you know that … and her husband are having problems?” “I was talking to Jim yesterday, and he told me that … is on the verge of being terminated.” “Have you noticed Marvin has been acting strangely lately? Do you think he might be drinking again?” Have you heard examples of “information sharing” like these? How do you feel when you hear them?

People often talk about being overloaded with work, but some still find time to talk behind their coworkers’ backs. Perhaps speaking disparagingly about others helps to enhance their self-esteem. Or it might be the appeal of possessing “inside information” others do not have; if you fail to share it, how will they know you have it, right?

Rarely, if ever, does gossip have positive value. It diminishes the object of the conversation, and the end result may also diminish the reputation of the one offering negative comments. Here are some insights about gossip and the wayward tongue, along with warnings presented in the Bible:

Gossip reflects a lack of good judgment. Just because we know – or suspect – something about another person, that does not mean we have an obligation to express our suspicions to others. “The tongue of the righteous is choice silver, but the heart of the wicked is of little value. The lips of the righteous nourish many, but fools die for lack of judgment” (Proverbs 10:20-21).

Gossip destroys trust. Sometimes a colleague will share information in private, trusting that information will be kept in secret. A decision to be indiscreet and pass that information to others can forever destroy a professional or personal relationship. “A man who lacks judgment derides his neighbor, but a man of understanding holds his tongue. A gossip betrays a confidence, but a trustworthy man keeps a secret” (Proverbs 11:12-13). “A perverse man stirs up dissension, and a gossip separates close friends” (Proverbs 16:28).

Gossip can sometimes wound more deeply than a physical weapon. The old saying, “Sticks and stones may break my bones, but words will never hurt me,” is untrue. Often the damage resulting from harsh, uncaring, or even thoughtless comments can result is significant emotional, relational and even spiritual injury. “Reckless words pierce like a sword, but the tongue of the wise brings healing” (Proverbs 12:18).

Gossip, even if unintended, can bring consequences greater than ever imagined. Even if our motives are not to cause harm to someone, recklessly expressed words can prove to be surprisingly destructive. “Consider what a great forest is set on fire by a small spark. The tongue also is a fire, a world of evil among the parts of the body. It corrupts the whole person, sets the whole course of his life on first, and is itself set on fire by hell” (James 3:5-6). “He who guards his lips guards his life, but he who speaks rashly will come to ruin” (Proverbs 13:3).

© 2015. Robert J. Tamasy is vice president of communications for Leaders Legacy, Inc., a non-profit based in Atlanta, Georgia, U.S.A. His book, Business At Its Best: Timeless Wisdom from Proverbs for Today’s Workplace, has just been republished.

1. Have you found gossip to be a problem where you work, either at present or in the past? If so, explain some of the difficulties or conflicts that gossip can produce.

2. Why do you think that having to deal with gossip is such a common challenge in a workplace setting?

3. If you find yourself in a meeting with fellow workers and the topic of discussion turns into gossip, how do you typically react? Do you find yourself participating in it, do you just quietly listen, or do you take some form of action to discourage the person or persons involved in gossiping? Explain your answer.

4. What guidelines – that you have adopted personally or taken from the Bible – could you use in attempting to stop an exchange of gossip? Do you think it is even your responsibility to discourage people from gossiping about other people? Why or why not?

Need For An Enduring, Unchanging Worldview
How Do You Approach the Start of a New Day?
If I Could 'Do It Over Again'
'I Cannot Wait Until I Retire'
Effective Leaders Impart A Bigger Vision
When Finish Well Means…Not Finishing
Do You Ever Wish You Could Stop Thinking?
What Are You Running From – and Toward?