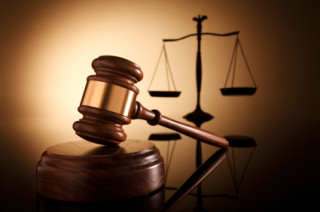 In the 21st century, America holds a dubious distinction: It has become known for generating the most lawsuits of any society ever. This is evident by the many ads on TV, radio and billboards promoting law firms aggressively seeking new clients. Some people say the problem is too many lawyers, all eager to engage in litigation. However, the number of lawyers is not the core problem. The underlying issue is too many people unwilling to work toward a compromise or out-of-court resolution. Instead, they insist on having their own way, choosing to sue if they do not get what they think they deserve.

Jesus Christ addressed this in a passage commonly called “the Sermon on the Mount.” In a few hundred words, recounted in Matthew 5-7, Jesus explained what it means to be His disciple – His student and follower. In clear, concise language Jesus tells how to live a life that honors Him and relies on the power we receive as we place our trust in Him.

Jesus first speaks of the benefits of generosity and the hazards of greed. He talks about murder and adultery; the power of forgiveness and not seeking revenge; and not being anxious or worrying. He makes radical statements about loving, rather than hating, our enemies.

About the inclination to go to court to resolve disputes, He said, “Settle matters quickly with your adversary who is taking you to court. Do it while you are still together on the way, or your adversary may hand you over to the judge, and the judge may hand you over to the officer, and you may be thrown into prison” (Matthew 5:25). In other words, we are to seek to resolve disputes with others without having to rely on government agencies to prescribe legal remedies for us.

This explains why Jesus including this subject in His Sermon on the Mount. It is within the context of forgiveness, humility, and not seeking revenge for perceived wrongs. We often find ourselves inclined to demand our own way, being unwilling to listen to others or negotiate a settlement that is acceptable to all.

Another reason to avoid going to court is to avoid having the judgment go against you. As it says in Proverbs 25:8, “What you have seen with your eyes do not bring hastily to court, for what will you do in the end if your neighbor puts you to shame?”

When I entered the world of business nearly 50 years ago, I had some prominent goals. One was to be totally honest and never to do anything unethical or illegal. Another goal was trying to resolve all disputes without ever having to sue anyone and also to avoid being sued. So far, so good.

Genuine forgiveness admittedly may involve a temporary financial loss on our balance sheet. I have experienced this a few times. However, forgiving others for wrongs they have done can also provide freedom and release from anger and bitterness that could plague us for a long time.

This does not mean we should not seek a proper resolution to conflicts. Jesus proposed an alternative approach: “If your brother sins against you, go and show him his fault, just between the two of you. If he listens to you, you have won your brother over. But if he will not listen, take one or two others along, so that every matter may be established by the testimony of two or three witnesses” (Matthew 18:15-16). Taking these steps can help to save a lot of time and money – and heal broken relationships.

© 2021. Jim Mathis is a writer, photographer and small business owner in Overland Park, Kansas. His latest book is The Camel and the Needle, A Christian Looks at Wealth and Money. He formerly was executive director of CBMC in Kansas City, Kansas and Kansas City, Missouri, U.S.A.

1. Have you ever been sued by another person, or have you ever found it necessary to take someone else to court to settle a dispute or correct wrongdoing? If so, what was that experience like for you?

2. Why, in your opinion, are so many people prone to take legal action rather than trying to resolve conflicts outside of a courtroom setting?

3. How do you think Jesus’ teachings about forgiveness, and even “loving your enemy,” apply within the context of people taking others to court?

4. What does how we choose to resolve issues, whether through court procedures or in attempting to reach compromise outside of court, say about our faith – and our relationship with God?