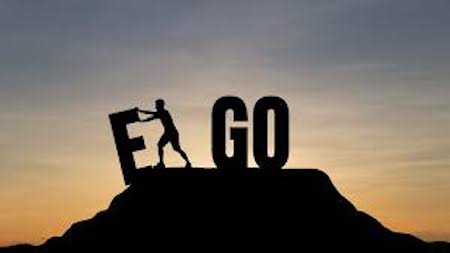 The story is told about a night when operatic composer Giuseppe Verdi performed a piano recital at La Scala in Milan, Italy. As he finished his final piece on the program, the adoring audience demanded an encore. Reveling in the applause, Verdi chose to perform a loud, frilly composition he knew would delight the audience even though, in an artistic sense, it was not good music.

When Verdi had completed the additional piece, the crowd stood as one, giving him another resounding response. He delighted in the applause until he glimpsed his lifelong mentor seated in the balcony. The mentor knew exactly what Verdi had done; he neither stood with the crown nor applauded. Verdi saw an agonized expression on his mentor’s face of deep disappointment, as if to say, “Verdi, Verdi, how could you do that?”

When he told this story, my late friend Robert D. Foster called this the “Verdi virus,” a need for control and to receive approval. The German philosopher Friedrich Nietzsche described it this way: “Whenever I climb, I am followed by a dog named Ego. The ego swells when it is showered with praise. It craves power and success. And it is never satisfied with how much of these things it gets.”

The business and professional world feeds this desire, with its continual message that we are only as good as our latest successes. Even though it is so common, this need for the acclaim of others can be toxic. As with Verdi, it might cause us to compromise, to do things we know will generate the desired response, even if they are not the best things – or the right things – to do. The Bible, which describes the human condition with unvarnished honesty, gives many examples of this.

Jesus Christ spoke about this, often confronting the religious leaders for pretending to be what they were not. One classic example is recounted in Matthew 23:27-28, “Woe to you, teachers of the law and Pharisees, you hypocrites! You are like whitewashed tombs, which look beautiful on the outside but on the inside are full of dead men’s bones and everything unclean. In the same way, on the outside you appear to people as righteous but on the inside you are full of hypocrisy and wickedness.”

It is what is inside, not outside, that matters. In selecting a new king for Israel, God was not seeking someone who passed the “look test,” but someone who passed the “heart test.” He chose David, a man later called “a man after God’s own heart.” “…The Lord does not look at things man looks at. Man looks at the outward appearance, but the Lord looks at the heart” (1 Samuel 16:7).

Praise serves as a test of character. How do we respond when we receive praise? Do we soak ourselves in it and seek for more, or do we respond in humble gratitude? “The crucible for silver and the furnace for gold, but man is tested by the praise he receives” (Proverbs 27:21).

Putting others first reduces the need for praise. The relentless desire for praise puts our focus on ourselves. When we focus on others, however, our ego requires less attention. In a world that says, “It is all about me!”, it requires a conscious decision to redirect our thinking. “Do nothing from empty ambition or vain conceit, but in humility consider others better than yourselves. Each of you should look not only to your own interests, but also to the interests of others” (Philippians 2:3-4)

© 2021. Robert J. Tamasy has written Marketplace Ambassadors: CBMC’s Continuing Legacy of Evangelism and Discipleship; Business at Its Best: Timeless Wisdom from Proverbs for Today’s Workplace; Pursuing Life With a Shepherd’s Heart, coauthored with Ken Johnson; and The Heart of Mentoring, coauthored with David A. Stoddard. Bob’s biweekly blog is: www.bobtamasy.blogspot.com.

1. Had you heard this story about composer Giuseppe Verdi before? Why do you think the desire – even the demand – for praise and approval is so strong in most of us?

2. In a sense, Verdi recognized that despite the applause of many, what truly mattered for him was the approval of the audience of one. How can we relate this to our actions and motives on a spiritual level – are we content to go about our lives and work receiving only the acceptance of an audience of One, the God we believe in and serve?

3. Can you think of examples of individuals who seem to have perfected the art of looking good on the outside, even though what is inside – their hearts – is very different? What about times when you might have done that yourself, presented a false outward appearance to conceal what was really going on inside? Explain your answers.

4. How can we cultivate an attitude of putting other people first, ahead of our own interests? Does this come easily? Why or why not?