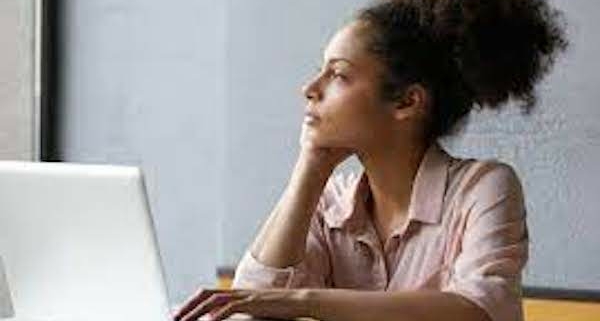 Have you ever stopped to reflect on the seemingly random events that have contributed to where you are professionally to this point? Whether we’re just getting started in a career, midway through it, or nearing the end of our vocational life, many factors have influenced how we arrived at the present moment.

Personally, when I started college, even though I enjoyed writing I had never considered it as a career option. However, when the instructor for my first English class encouraged me by pointing out my writing potential, I thought there might be a future in it for me. That realization, however, prompted me to transfer to a different university that offered a respected curriculum for aspiring journalists.

There I had a couple of professors who influenced me positive, encouraging me to choose journalism as my career. One time, after several unsuccessful tries, I was able to interview a prominent leader on the university staff. Why did he finally decide to agree for me to interview him? He taught me a principle I never forgot – and have often used since then: “Persistence neutralizes resistance.”

My first job on a newspaper was as the editor of a small community publication. That meant I was not only editor but also the local government reporter, sports reporter, columnist, editorial writer, and photographer. Had I gotten a job at a larger paper, I likely would have been assigned to a specialized role, such as a copy editor, or a reporter on the police or city hall “beats,” or even an obituary writer. I would not have received the well-rounded background that I received at a smaller, less prestigious newspaper.

At each of my stops during my 10-year newspaper career, I worked with astute, seasoned veterans of the industry who taught me much. This “treasure trove” of training and experience served as preparation for my 20 years on staff with CBMC-USA and CBMC International as editor and publications director, and for the work I have done over the years that followed.

There is a joke about someone asking a local resident for directions to another destination. The native looks at him and says, “You can’t get there from here.” In a very real sense, my career reflects that. I could not have reached each new stage of my career without first going somewhere else, often to a job I would not have considered had circumstances not pointed me in that direction.

Which leads to my conclusion: Whether we realize it at the time or not, God ordains for His children each step they take in life, professionally and personally, out of His great wisdom and special plan and purpose for us. Here are a couple of principles I have learned along the way:

Confident, even though we do not know the way. Admittedly, I often questioned why I was offered this job and not that job, why opportunities I felt fully qualified for were not presented to me. After I entrusted my life to Jesus Christ by faith, I discovered the Lord had a much better understanding of what was best for me than I did. “Trust in the Lord with all your heart, and do not lean on your own understanding; in all your ways acknowledge Him, and He will make your paths straight” (Proverbs 3:5-6).

Clinging to faith in the face of future uncertainty. If it had been up to me, my life and career would have been much different from how they unfolded. Thankfully, God knew exactly how He had designed me and how I could best serve Him. “’For I know the plans I have for you,’ declares the Lord, ‘plans to prosper you and not to harm you, plans to give you hope and a future’” (Jeremiah 29:11).

© 2022. Robert J. Tamasy has written Marketplace Ambassadors: CBMC’s Continuing Legacy of Evangelism and Discipleship; Business at Its Best: Timeless Wisdom from Proverbs for Today’s Workplace; Pursuing Life With a Shepherd’s Heart, coauthored with Ken Johnson; and The Heart of Mentoring, coauthored with David A. Stoddard. Bob’s biweekly blog is: www.bobtamasy.blogspot.com.

1. Have you ever wondered why events have unfolded as they have over the course of your professional career, whether it has been long or short? Have you even doubted whether you were on the right track? Explain your answer.

2. What specific people or events have had the greatest influence in directing you to where you are today? If given the opportunity, what changes – if any – would you make? And why?

3. Can you think of any times in your career when you realized – whether at the time or in retrospect – that God had direct involvement in what happened? What was that like for you?

4. How can we become more diligent in seeking God’s guidance for major career decisions, as well as needs and problems that arise from day to day?