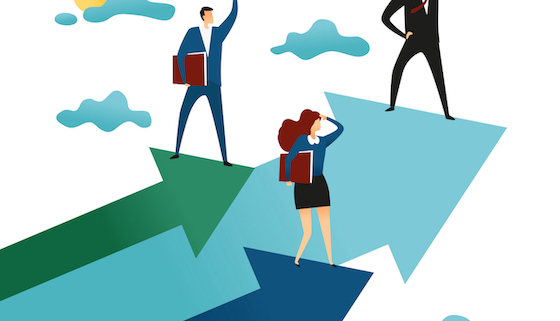 Many successful people take delight in being able to see and evaluate what has been accomplished through their leadership. “We could not do without you!” and similar comments can massage our egos, emphasizing our importance to the company’s or organization’s mission. The problem is, although we might seem indispensable, the time will come when we will be unable to continue to do the work – whether due to receiving a promotion, taking a new job, retiring, or even death. Who will do the work then, if it is still worth doing?

I have known business leaders who were so central to what their enterprise did that after they left, the work could not be sustained. They were like the bottom card in a house of cards – when they were removed, the “house” collapsed. They had no viable succession plan.

The greatest test of effective leadership, a friend of mine often said, is what happens when the leader is gone. In his book, Good to Great: Why Some Companies Make the Leap…and Others Don’t, James C. Collins explored the characteristics of companies that were not just good in their overall performance, but great. Even though his research team sought to discover factors that did not involve the top leaders, they realized the chief executives could not be ignored. But not for the reasons we might expect.

Collins wrote, “The good-to-great leaders never wanted to become larger-than-life heroes. They never aspired to be put on a pedestal or become unreachable icons. They were seemingly ordinary people quietly producing extraordinary results.” These leaders had great vision and determination, but they were quick to acknowledge individual talent and to delegate responsibilities to enable people to excel.

Throughout history, we see examples – good and bad – of leaders who understood or ignored the importance of having a succession plan. The Bible is no exception. In the Old Testament, Moses was hand-picked by God to lead the Israelites out of Egyptian captivity to the Promised Land. However, when their time of wandering was about to end, Moses passed the leadership baton to Joshua. “Now Joshua son of Nun was filled with the spirit of wisdom because Moses had laid his hands on him. So the Israelites listened to him and did what the Lord had commanded Moses” (Deuteronomy 34:9).

The prophet Elijah had performed many miracles, being used by God to confront King Ahab and hundreds of false prophets for pagan gods. But as his time of service was coming to an end, he spent much time in preparing his successor, Elisha. When God took Elijah to Heaven, Elisha was ready to take on the responsibilities of prophet. “He picked up the cloak that had fallen from Elijah and went back and stood on the bank of the Jordan” (2 Kings 2:13).

Jesus Christ is the greatest example of a leader with a clear “succession plan.” After His resurrection, He spent 40 additional days with the disciples He had been grooming for three years, 24 hours a day. Then, before ascending to Heaven, Jesus entrusted His work to His closest followers: “Therefore go and make disciples of all nations, baptizing them in the name of the Father and the Son and the Holy Spirit, and teaching them to obey everything I have commanded you” (Matthew 28:19-20).

The work you do every day also is important – and hopefully you are determined to do it as diligently as you can. But the day will come when you are no longer there to perform the work. Who will succeed you?

© 2022. Robert J. Tamasy has written Marketplace Ambassadors: CBMC’s Continuing Legacy of Evangelism and Discipleship; Business at Its Best: Timeless Wisdom from Proverbs for Today’s Workplace; Pursuing Life With a Shepherd’s Heart, coauthored with Ken Johnson; and The Heart of Mentoring, coauthored with David A. Stoddard. Bob’s biweekly blog is: www.bobtamasy.blogspot.com.

1. In your company or organization, do you know if a formal succession plan has been developed for replacing the top leaders when they are not available or no longer able to do their work? If so, what do you think that will look like? If not, what might be some problems that could result moving forward?

2. Do you agree with the assessment that truly great leaders are not those seeking to call attention to themselves, but rather are “seemingly ordinary people quietly producing extraordinary results”? Explain your answer.

3. If you were to leave your job today – for whatever reason – would you feel confident that someone has been properly prepared to continue the work you have been doing? Why or why not?

4. What impact might pride or self-centeredness have in someone’s choosing not to invest time and energy in grooming possible successors? How might failure to do so be a disservice to the company’s overall mission?