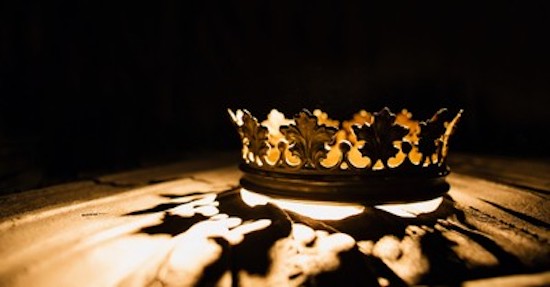 Years ago, while on a flight in South Africa, I met a young lady named Emma. At the time she was an event planner, and spoke enthusiastically about her career, although uncertain about where it eventually would lead. I enjoy meeting with people who are excited about their work and callings.

Recently I noticed her name on the LinkedIn online networking site. According to her profile, she is now vice president of marketing in China for a significant international company. When I sent a message to congratulate her, Emma responded by telling me that five years ago, she sensed that God would use her career “to serve kings” if she would trust Him.

I suspect she was referring to the Bible verse that states, “Do you see a man (or woman) skilled in his work? He will serve before kings; he will not serve before obscure men” (Proverbs 22:29). God obviously has made those words become true. Emma now holds a pivotal and influential role in a country with many millions of people desperately needing the hope of Jesus Christ.

How God will use Emma in that position remains to be seen, but He clearly has opened opportunities for her to not only do her job well, but also to serve as His representative, as it says in 2 Corinthians 5:20, “We are therefore Christ’s ambassadors, as though God were making his appeal through us. We implore you on Christ’s behalf: Be reconciled to God.”

Whether starting a new job or remaining in one we have had for a while, we are inclined to view it as a way to pay our financial obligations and acquire things we want. But God sees our vocations – even our careers – in a much broader way. They are an important part of our “calling,” what the Lord wants us to do during our time on Earth, participating in His divine purposes.

We find an excellent example of this in the Old Testament book of Esther. Also known as Hadassah, Esther was a beautiful young Jewish woman who, through a series of events, was brought into the harem of King Xerxes of Persia and Media. She became a favorite of Xerxes, in line to become the future queen.

Her cousin, Mordecai, had learned of a plot by one of Xerxes’ subordinates to destroy all the Jews in that region. Since Esther had become an “insider” in the king’s court, Mordecai entreated her to intercede on behalf of her fellow Jews. He understood that in her position, she could exert unique influence on King Xerxes to somehow reverse his fearful decree.

Initially Esther was hesitant, knowing that to approach Xerxes on any matter, without being invited to do so, put her life at risk. But then Mordecai challenged her with this question, “Who knows but that you have come to your royal position for such a time as this?” (Esther 4:14). The story goes on to tell the king did listen to Esther, and a way was found to overcome the murderous scheme.

Thankfully, most of us do not need to fear a “death sentence” for approaching people in authority at work. However, often God places His people in circumstances where – like Emma – they can represent Him in redemptive ways. Never underestimate what the Lord can do: He can turn even humble beginnings into incredible opportunities. So, pray and obey, trusting Him for the results.

1. If someone were to ask why you do the work that you do, how would you respond?

2. Before reading this meditation, were you familiar with the Bible passage that suggests people who are diligent and faithful in their work will “serve before kings”? Do you believe this promise is true? Why or why not?

3. How do you think people of faith can exert positive influence, even in working environments where biblical principles are ignored or even treated with skepticism?

4. The passage from the book of Esther would imply that God is actively involved in the modern workplace and takes special, direct interest in His followers whom He has placed there? What is your reaction to this concept?