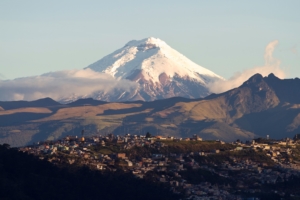 The airlift began in late August. Their destination, a sprawling picturesque city situated high in the Andes mountains. The locals know it as la mitad del mundo which translates to: middle of the world.

Quito, Ecuador, is called that because it is at zero latitude, right smack dab on the equator.

It also has the distinction of being the highest capital city at 9,300 feet above sea level. No wonder many refer to the vistas to Quito as breathtaking, awe-inspiring, and as close to heaven as it gets. 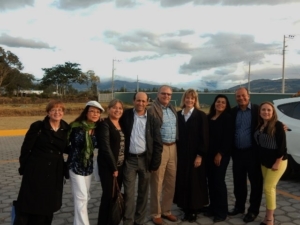 It was the last week of August when a team from CBMC embarked on a well-planned training expedition to this marvelous location. Their mission was to train a group of local CBMCer’s organized by Julio Acuna, Executive Director for Latin America.
Victor and Nan Dawson from Denver arrived a few days early to sightsee and insure they would be well rested for the upcoming four days of training. “Everywhere we looked was almost surreal but connecting with the people is what first struck us,” said Victor.

Also arriving early were Patty and Edgar Rodriguez from Baltimore. It was a homecoming of sorts for Patty, as she was born and raised right around the corner from Quito. 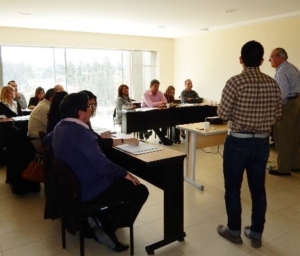 Forty-four locals from six Latin Nations and one from the Netherlands registered for this magnificent training experience and there was no mistaking the fact that discipleship and spiritual reproduction was of primary importance. CBMC International president Jim Firnstahl put it best when he remarked, “It’s the identity of CBMC; encouraging each other to be disciple-makers is truly what sets our ministry apart.” 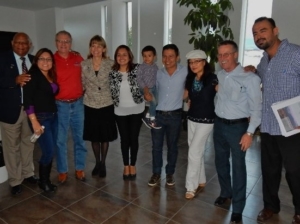 The team of ten from the United States was in Quito to teach, but God had an additional surprise. “We were there to share our knowledge and love but an amazing thing happened, WE were the ones who came away encouraged and blessed,” said Edgar Rodriguez.

For Don McGonigle, his indelible memory is the incredible warmth of the people, particularly the group that invited Julio and him to join their fellowship group on the mountaintop one day. Don remarked, “It set the stage for what I would experience during my training sessions which was the amazing love and acceptance of the people.” Don called this expedition, the greatest trip he’s taken in the past 25 years.

On the way home, somewhere between Quito and Lincoln, Nebraska, Ed and Nickie agreed they probably will not take anymore international trips unless there’s a missional purpose. He summed it up this way, “Quito changed us permanently because the people were so loving and by everything else that transpired. We were involved in something eternal.” 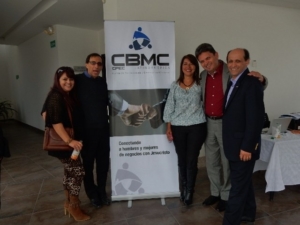 Our host in Quito, Julio Acuna was almost euphoric in his praise for what took place there. He called the devotional and prayer time beyond wonderful. The testimonies impacted his people greatly, to the point where one attendee from Venezuela announced that because of this CBMC training, he had found his purpose in life and was excited to return home to implement some big changes.

Others in attendance left the four-day training, having a much better understanding of what CBMC is all about. In the end, the group of 44 learned not only the value of, but the need to make disciples.

They heard loud and clear that this is not an option, it is a mandate. Attendees were encouraged to roll up their sleeves and get busy; to go through Operation Timothy and to become a Paul and most of all to stay in the fight for Jesus Christ. 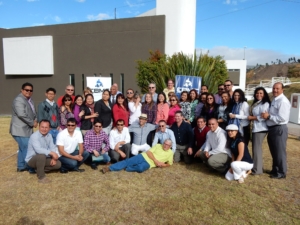 Some of the lasting memories from Quito are really confessions and perhaps even a few goals:

Paul Johnson has spent the last 30 years traveling the globe for CBMC. He had a very poignant take on what took place in Quito. “People remember what you say when you connect deeply with them and the Holy Spirit directs your words. Here in Quito, it was so great to see God at work, when we just surrender to what He is doing; it’s awesome, I mean, its just Heaven!“