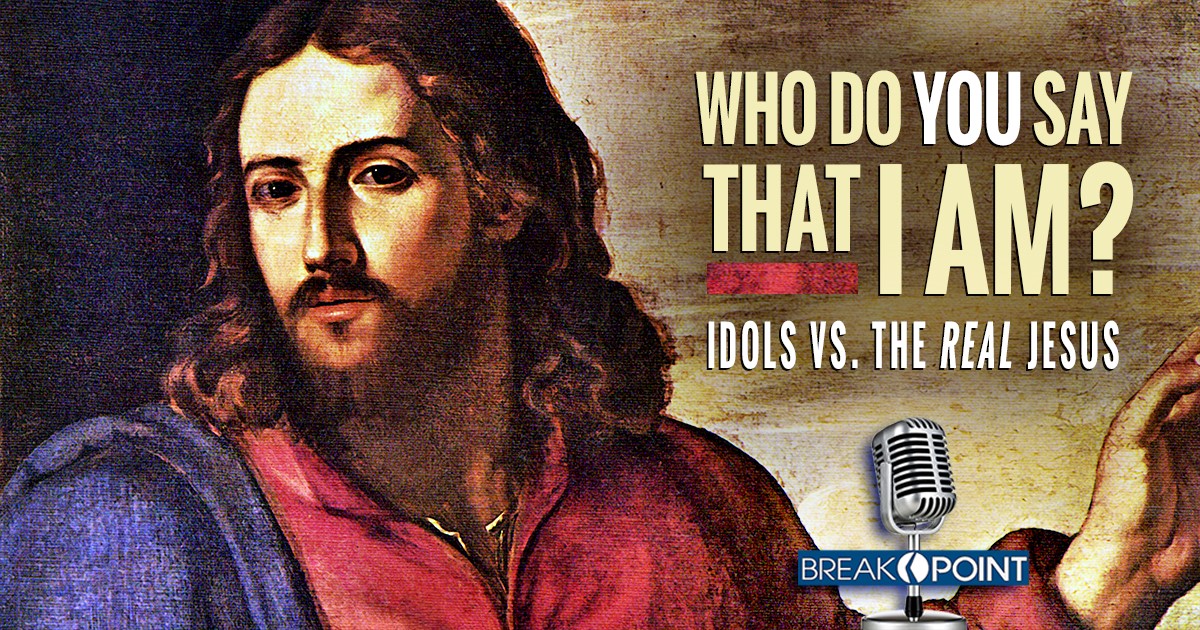 October 19, 2017 – John Stonestreet   Who is Jesus? It’s a foundational question, and one many Christians struggle to answer.

In Matthew 16, Jesus asks His disciples, “Who do people say that the Son of Man is?”

“Some say John the Baptist,” they replied, “others say Elijah, and others Jeremiah or one of the prophets.”

These days, increasingly odd and just plain wrong answers to Jesus’ question seem to be floating around everywhere, and churches are one of the easiest places to find them. This shouldn’t surprise us, however. As we’ve said before, beliefs come in bunches. So when you see increasingly unorthodox and innovative ideas about sex, marriage, and the human person coming from religious leaders, you can bet they’re also entertaining increasingly unorthodox and innovative ideas about truth, the Bible, and even God Himself.

For example, Dr. Karen Oliveto, the first openly lesbian bishop in the United Methodist Church, recently offered this message to her flock:

“Too many folks want to box Jesus in,” she wrote, “carve him in stone, create an idol out of him. [But] the wonderful counselor, mighty God, everlasting one, prince of peace, was as human as you and me. Like you and me, he didn’t have his life figured out.” Jesus had “bigotries and prejudices,” she added, even sins which He had to learn to overcome.

Wait, Jesus can be an “idol?” As John Lomperis with the Institute on Religion and Democracy remarked,“[A]n idol is something other than God, usually something created by human hands, improperly worshipped as a god.” But Jesus is God. For Dr. Oliveto to suggest that it’s improper to worship God is like suggesting it’s improper to love your spouse.

And a Jesus who sinned wouldn’t have been God, nor worthy of our worship. Ironically, this bishop’s imaginary Jesus would be the idol—along with the Jesus of the Arian and Unitarian heresies, which teach that Jesus was a good man but a created being, not God in human flesh.

But before we give Dr. Oliveto too much grief, we ought to ask where our own theology is.

A 2014 LifeWay Research survey of self-described evangelicals found that while nearly all profess belief in the Trinity, one in four say God the Father is “more divine” than Jesus. That’s similar to what the Arians believed, it’s the error the Nicene Creed was written to combat.

In another survey conducted last year, LifeWay talked only with those who held core evangelical and conservative beliefs. Yet an astonishing seven in ten said Jesus was the first being created by God—again, a defining feature of Arianism. And more than a quarter held that the Holy Spirit is not equal with either the Father or the Son.

This sad mess shouldn’t just bother theological eggheads. These errors strike at the heart of Christianity, giving fundamentally unscriptural answers to the question, “Who is Jesus?”

Answering this question correctly is itself an act of worship. It’s a vital part of knowing and loving our God as He is. And it impacts Christians’ lives at the most basic level.

For example, because Jesus is equal with the Father and fully God means He can truly pardon us. As the scribes in Mark 2 correctly observed, “Only God can forgive sins.”

Yet Jesus is also fully human. In order to serve as our High Priest, He became like us in every respect, as Hebrews 2:17 says. In order to redeem Adam’s race, the Last Adam had to belong to it.

This God-Man was not only sinless, He is entirely worthy of our worship. In reply to His question, “Who do you say that I am?” We should be able to say with Peter, “You are the Christ, the Son of the living God,” and with Thomas, who fell on His knees before the risen Jesus and said, “My Lord and my God.”