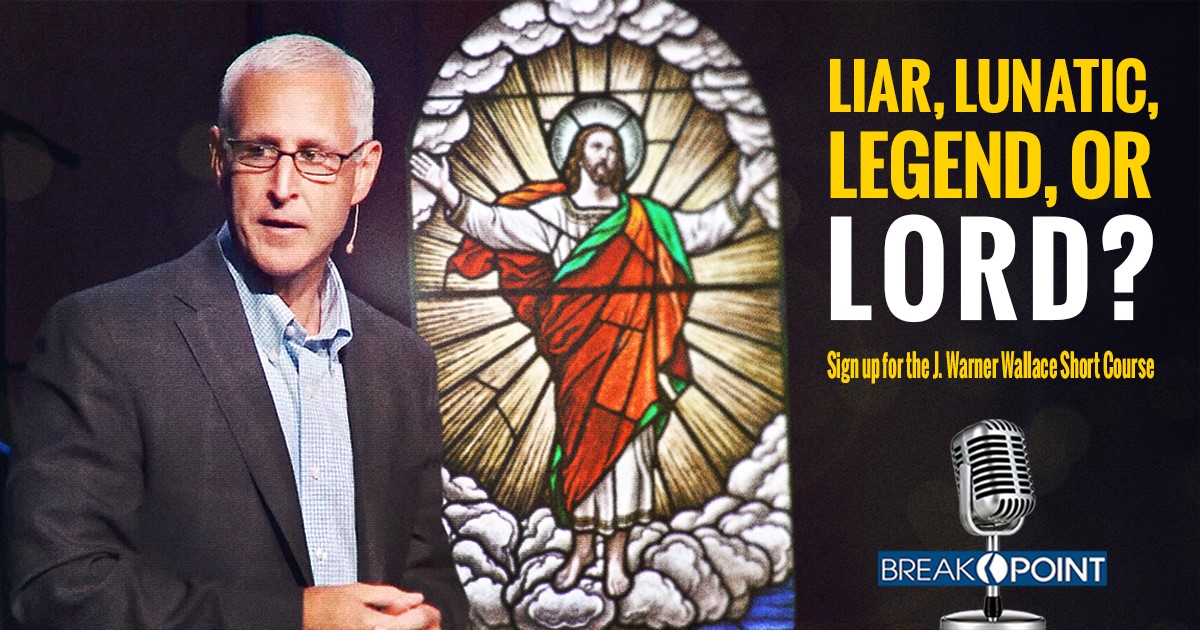 John Stonestreet –  If someone asked you whether we can really know who Jesus is and what He accomplished, could you give a convincing answer?

Well, Easter is just around the corner. And that means so are those annual TV specials and magazine articles that cast doubt on the biblical account of Jesus, wondering aloud whether he even existed or not. It’s amazing how many mainstream media outlets still posit that fringe theory as if there’s a serious, scholarly debate. There isn’t.

Even so, what are we going to do with this opportunity in front of us? Because that’s what it is…a great opportunity to tell friends and neighbors the truth about Jesus. After all, the events surrounding the life of Jesus, especially the crucifixion and the resurrection, either happened or they didn’t. We’re not talking about merely issues of personal belief; we’re talking about real events of history, and if they happened, change everything.

Had you been there, you could’ve eaten the fish and loaves that were multiplied by Jesus from the little boy’s lunch. The water that Jesus walked on would have gotten you wet. And had you been in that upper room with Thomas, you could have seen the wounds on Jesus’ hands and placed your finger in His side.

These historical events are not just matters of personal faith; they’re matters of public truth. And you and I, especially in this cultural moment, have a responsibility, a task, a calling even, to articulate and defend these truths when called upon.

Now if you can’t, I’ve got some great news. You can learn to do this. I’m always troubled when Christians act as if there are not reasons that back up their faith. Folks, we live in the golden age of apologetics. And one of the most effective equippers of others is J. Warner Wallace.

J. Warner Wallace’s first career was as a cold-case homicide detective. Today, he’s a best-selling author and nationally known speaker, who also serves as an adjunct professor of apologetics at Biola University. He knows his stuff, and he’s as good as it gets in equipping others to make the case for Christian truth.

A former atheist himself, Wallace put Christianity to the test in an investigation that finally led to his conversion. And he had to face the same question we all hear every Easter: who is Jesus?  “Many faith traditions lay claim to famous religious leaders and founders,” Wallace says, “but Jesus is different… the New Testament leaves little room for doubt: Jesus claimed to be God and taught this truth to His followers.”

While the prophets usually said, “This is what the Lord says,” Jesus said, “I tell you the truth.” Wallace adds, “Prophets spoke for God, but Jesus consistently spoke as God. In addition, Jesus claimed God’s title, “I am,” and other significant characteristics of God—such as the ability to forgive sins.”

That’s what Jesus claimed, but the question is, was He telling the truth? Or maybe he was crazy. Or maybe the Gospel accounts are fairy tales. Or maybe…

Be prepared to make the case for Jesus this Easter.

Page 1 of 11
1 Comment Responses to Liar, Lunatic, Legend, or Lord?

Tony Fassinger2018-03-20 05:51:16Reply
I would like to know more about Marketplace for Christ. How can I find out more about?
Leave a comment