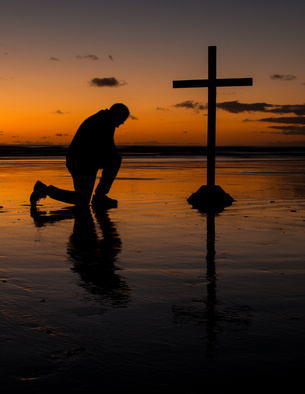 Leave a comment August 3, 2020 • Monday Manna
Considering A Leader Who Would Impress Jesus

August 3, 2020 – Rick Boxx  One of the underestimated keys to business success is the ability to make a good impression on people we meet, especially those in positions of influence. And we all know the truth of the adage, you never get a second chance to make a good first impression. So, if you had the opportunity, what individual would you like to impress?

Shifting from the realm of the marketplace, what do you think it would have taken to impress someone of the magnitude of Jesus Christ? He arguably has had more influence over people from every nation and culture than anyone else in history. Yet, in chapter 7 of the gospel of Luke we read about a man who caused Jesus to marvel. This is particularly notable because unlike Jesus, this leader was not even a Jew; instead, he was a Gentile, a Roman centurion.

This brief story tells us about a military leader, an official who commanded hundreds, asking Jesus to heal his servant. In this centurion we see several qualities which can help each of us become better leaders, even in the often impersonal, even harsh business and professional world.

The leader’s deep compassion. In Luke 7:2, we read, “And a centurion’s slave, who was highly regarded by him, was sick and about to die.”The first quality we discover is the officer’s compassion. We are told he regarded his slave highly and cared enough to pursue divine healing for him. This was extremely uncommon for that day, given the different standing of the two individuals, and very compassionate. How far would you go to care for each member of your team, including those who are under your authority?

The leader’s strategic wisdom. A second attribute about this centurion that stands out is his strategic wisdom. He could have pleaded his case personally, or even tried to exert his official power to intimidate Jesus. Being a Gentile, however, this Roman leader suspected he would not have much sway over Jesus. Instead, Luke 7:3 states, “When he heard about Jesus, he sent some Jewish elders asking Him to come and save the life of his slave.” This centurion wisely chose the Jewish leaders, people with a direct connection to Jesus, to ask on his behalf. Selecting the right people to represent you and your cause reveals strategic wisdom.

The leader’s courageous faith. The final attribute we see exhibited by this Roman centurion who asked Jesus to miraculously heal his servant is his courageous faith. He had obviously heard about Jesus and His miracles. Despite being a Gentile and not a Jew, basically an outsider to Jesus’ immediate sphere of influence, the officer completely believed that Jesus could heal his servant. What is even more remarkable, he was also convinced that Jesus could command healing without even being present!

This is why in Luke 7:9 we are told, “Now when Jesus heard this, He marveled at him, and turned and said to the crowd that was following Him, ‘I say to you, not even in Israel have I found such great faith.’” The centurion not only believed Jesus could restore his servant to health, but also that He could accomplish it by long distance.

The centurion’s act of intercession showed that nothing – serious illness, cultural differences or distance – could deter his faith in Jesus’ healing ministry. In a similar way, we should all pray that our faith in Jesus remains strong enough to overcome whatever obstacles and business problems come our way.