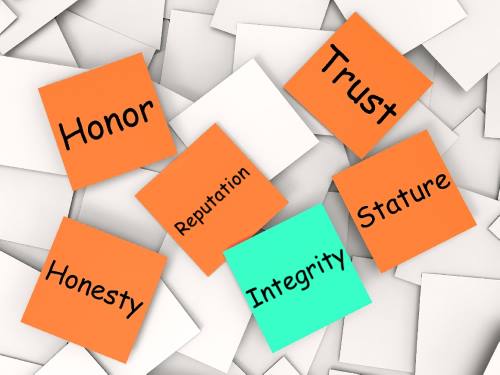 August 31, 2020 – Robert J. Tamasy  Resumes, or if you prefer, curriculum vitae, are interesting documents. They can represent education, work experience, professional skills, achievements and certifications. They help in evaluating a job candidate’s competence and credentials – their qualifications for performing specific work.

But one key element is rarely, if ever, shown on a resume or curriculum vitae: Character. And yet, perhaps as much as any single quality, character can have a great impact in many ways: a person’s job performance; how the individual relates to and works with other members of the team, and also how they fit into a company’s or organization’s culture, both in terms of philosophy and values.

Legendary college basketball coach John Wooden, whose UCLA teams won 10 national championships between 1964 and 1975, said if given a choice between having a good reputation and cultivating strong character, always choose the latter: “Be more concerned with your character than with your reputation, because your character is what you really are, while your reputation is merely what others think you are.”

The late Dr. Martin Luther King, Jr., who dedicated his life to the pursuit of social justice, said during his famous “I Have a Dream” speech, “I have a dream that my four little children will one day live in a nation where they will not be judged by the color of their skin, but by the content of their character.”

In a world in which outward appearances receive so much attention, inner character determines how we conduct ourselves, how we interact with others, what values we embrace, and the beliefs we hold dear. In an ethical dilemma, character enables someone to choose right over expedience.

The importance of character is underscored throughout the Bible. Jesus Christ did not mince words when He denounced religious leaders who specialized in presenting an outward façade that belied their evil motives. “Woe to you, teachers of the law and Pharisees, you hypocrites! You are like whitewashed tombs, which look beautiful on the outside but on the inside are full of the bones of the dead and everything unclean” (Matthew 23:27). Moments later, He declared, “In the same way, on the outside you appear to be righteous, but on the inside you are full of hypocrisy and wickedness” (Matthew 23:28).

In the Old Testament we find a similar observation: “Like glaze covering an earthen vessel are burning lips and a wicked heart” (Proverbs 26:23). To carry the metaphor into the 21st century, this would be like covering a cheap plastic toy with a thin layer of gold. Outwardly it might look like a priceless object, but on the inside it remains something of very little value.

Perhaps the most telling revelation about character in all of the Scriptures occurred when the prophet Samuel was seeking the successor to Israel’s King Saul. After the prophet had assessed nearly all of the sons of Jesse, God told Samuel that despite appearances, not one of them was suitable: “The Lord does not look at the things man looks at. Man looks at the outward appearance, but the Lord looks at the heart” (1 Samuel 16:7). Another son needed to be brought forth, David, a shepherd boy, who accomplished much for God.

In one sense, a resume may tell others about our reputation. But what do we want them to know about our character?